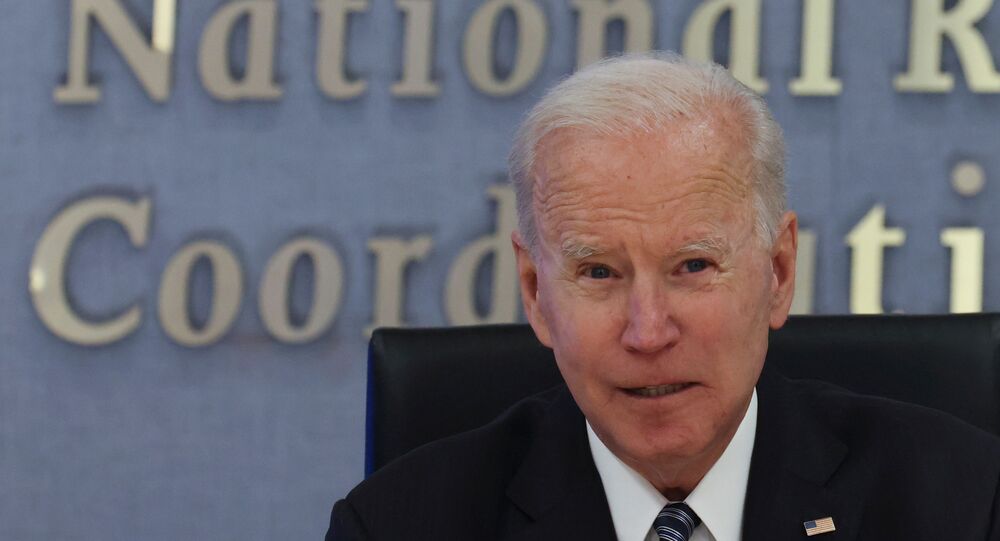 WASHINGTON (Sputnik) - US President Joe Biden and his Egyptian President Abdel Fattah Sisi in a telephone call discussed urgent humanitarian needs in Gaza, including rebuilding efforts following the escalation of violence between the Palestinian Hamas movement and Israeli defense forces, the White House said in a press release.

"President Joseph R. Biden, Jr. spoke today with President Abdel Fattah Al Sisi of Egypt," the release said on Monday. "The two leaders consulted on the urgent need to deliver humanitarian assistance to those in need in Gaza and to support rebuilding efforts in a manner that benefits the people there and not Hamas."

Biden praised Egypt for brokering a ceasefire between Israel and Hamas, and for ensuring it holds, the release said.

Moreover, Biden acknowledged Egypt's concern over the Grand Ethiopian Renaissance Dam (GERD) and Cairo's worry it may restrict access to Nile River waters, the release said, adding that the US president supports a diplomatic resolution that meets the needs of Egypt, Sudan, and Ethiopia.

The GERD dispute has been marring Sudan's relations with its neighbors Egypt and Ethiopia since 2012, when the construction of what is set to become Africa's largest dam began. Sudan and Egypt fear that Ethiopia's dam will endanger their own water security. The African Union made several attempts to mediate the dispute but in vain.

Biden also underscored the importance of a constructive dialogue on human rights in Egypt and both leaders reaffirmed their commitment to a strong bilateral partnership, the release said.

"Secretary of State Antony J. Blinken spoke today with UAE Foreign Minister Sheikh Abdullah bin Zayed," Price said in the release on Monday. "The Secretary and Foreign Minister expressed their support for the ceasefire between Israel, Hamas, and other parties in Gaza."

Blinken thanked the UAE for its efforts to de-escalate the violence between Israel and the Palestinian Hamas faction and the two statesmen discussed the need for new paths to reach peace between the two warring parties, Price said.

Price added that Blinken also highlighted the importance of reconstruction efforts in Gaza.

Clashes in East Jerusalem in early May led to the worst violence between Israel and Palestinians in the Gaza Strip in recent years. Palestinian militants launched several thousand rockets toward Israel. In response, Israel fired retaliatory strikes against Gaza. In Israel, 12 people were killed and over 50 were seriously wounded during the hostilities. The death toll among Palestinians in the Gaza Strip, Jerusalem and the West Bank topped 270.

Israel and the Hamas movement on Thursday agreed to a ceasefire that was brokered by Egypt.