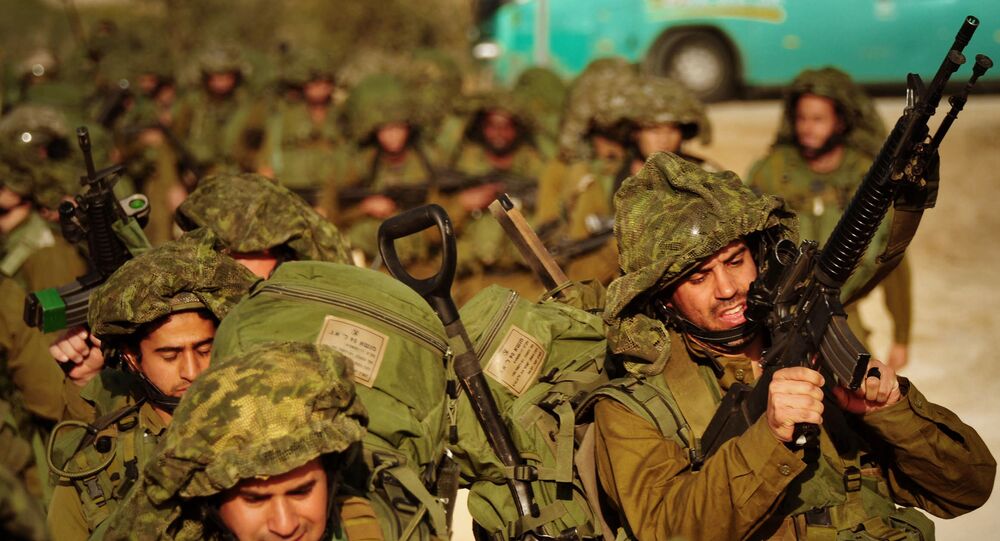 IDF Spokesman Claims ‘Iranian Fingerprints Are All Over’ Israeli-Hamas Conflict

The Israeli-Hamas conflict escalated on 10 May, with thousands of rockets launched from the territory of Gaza, and with Israel reciprocating with aerial strikes against Hamas targets. The sides announced on Thursday that they had accepted an Egyptian initiative for an unconditional ceasefire, which came into force on 21 May.

An Israel Defense Forces (IDF) spokesman, Jonathan Conricus, claimed that Iran has played a crucial role in recent hostilities between Israel and Hamas, saying that they would not have been possible "without Iranian knowledge, funding, expertise and hands on involvement on the ground."

"It’s very clear, Iranian fingerprints are all over the situation in terms of money, knowledge, personnel and energy spent," he told the Fox News host Pete Hegseth during the 'Fox and Friends Weekend' television show on Sunday.

Conricus alleged that "Iranians are the number one exporters of instability and terror and death and destruction” in the region, calling for what he said is “accountability.”

"Iranian specialists, engineers and people who deal in rocketry and explosives have been educating and telling Hamas engineers how to produce rockets, how to manufacture their own weapons. Had it not been for that very specific and detailed Iranian intervention, we wouldn’t have been in the situation now,” he asserted.

The Israeli army spokesman noted that the IDF is determined to counteract the activity “both in terms of the locations where they produce the weapons, the rockets and also in terms of the key personnel, the terrorists, the engineers that are behind all of these rockets that have been fired throughout Israel."

On 15 May, the chief of staff of the Iranian armed forces, Maj. Gen. Hossein Baqeri, noted that Israeli “atrocities” toward Palestinians in Jerusalem and other “occupied territories,” have only provoked increased Palestinian resistance.

Clashes between Israeli police and Palestinian protesters preceding the hostilities lasted for weeks, staring in April, around Jerusalem’s Old City, during Ramadan, as law enforcement tried to restrict Muslim gatherings near the Damascus Gates. The mass gatherings were prohibited as a part of a series of restrictions that have been imposed in the country as a result of the COVID-19 pandemic.

The situation worsened after an Israeli court ruled to evict a number of Arab families from the Sheikh Jarrah area in Jerusalem in early May.

On 10 May, Hamas started firing rockets towards Israel. The IDF responded with air strikes over the Gaza Strip. According to latest estimates, 277 Palestinians died during military actions, as Palestinian Health Minister Mai al-Kaila said Sunday. Israel reported 12 casualties, according to Al Jazeera.

The two sides agreed to a ceasefire, without preliminary conditions. The talks, mediated by Egypt, led to cessation of hostilities on 21 May.