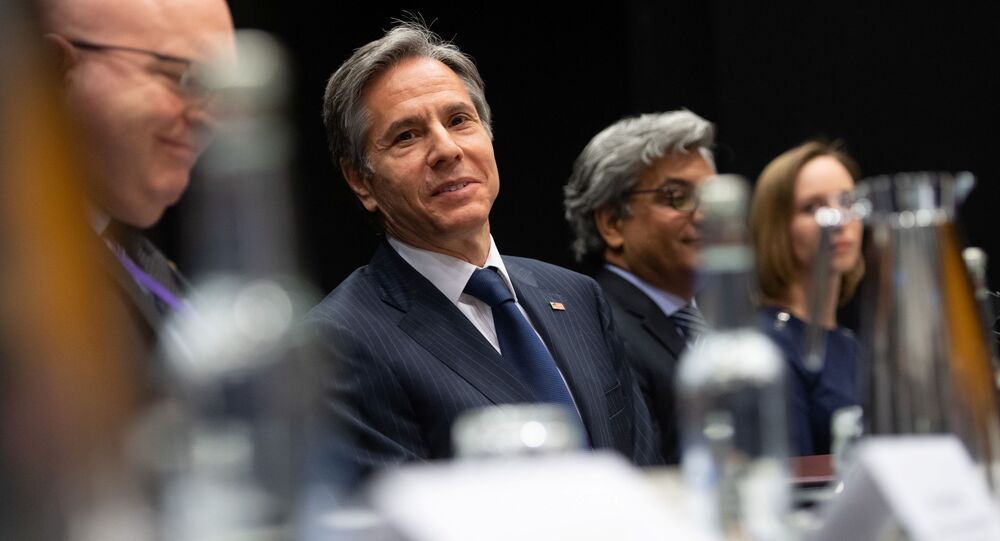 The nation of Israel and the Palestinian militant group Hamas on Thursday agreed to a ceasefire without preliminary conditions after nearly two weeks of exchanging missile attacks. According to the latest estimates, the hostilities have killed 243 people in the Gaza Strip and 12 in Israel.

US Secretary of State Antony Blinken held a phone call with Palestinian Authority President Mahmoud Abbas on Friday, discussing the situation in Israel and in the Gaza Strip.

"Secretary of State Antony J. Blinken spoke today with Palestinian Authority President Mahmoud Abbas. The Secretary and President welcomed the ceasefire and discussed measures to ensure that it holds," the press-release says.

According to the statement, Blinken stressed that the US is committed to "work with the Palestinian Authority and the United Nations to provide rapid humanitarian assistance and to marshal international support for Gaza and Gaza reconstruction efforts." Both sides expressed gratitude to Egypt for its intermediary role in "retaining open lines of communication at all levels."

Abbas also welcomed Blinken's planned official visit to the region in which the latter is supposed to meet with Palestinian, Israeli and regional counterparts to discuss "relief efforts and working together to build better future for Palestinians and Israelis."

Tel Aviv has been engaged in clashes between Palestinians and Israeli police, begun last month, but the situation worsened after an Israeli court ruled to evict a number of Arab families from Jerusalem's Sheikh Jarrah neighborhood and law enforcement responded to protests at the Temple Mount using tear gas and rubber bullets as a mob threw stones and firecrackers.

On 10 May, Hamas, which controls the Gaza Strip, started rocket attacks and Israeli Defense Forces (IDF) responded with airstrikes. According to the Israeli Defense Forces, Hamas has launched over 4,340 rockets in recent weeks, with 90 percent of the projectiles intercepted. An estimated 248 people have been killed in Gaza and some 1900 injured. Tel Aviv reported 12 deaths and 357 injured.

On 20 May, the office of the Israeli prime minister, Benjamin Netanyahu, and a Hamas spokesperson announced an "unconditional” cease fire, arranged with the facilitation of Cairo. The ceasefire came into force on Friday.