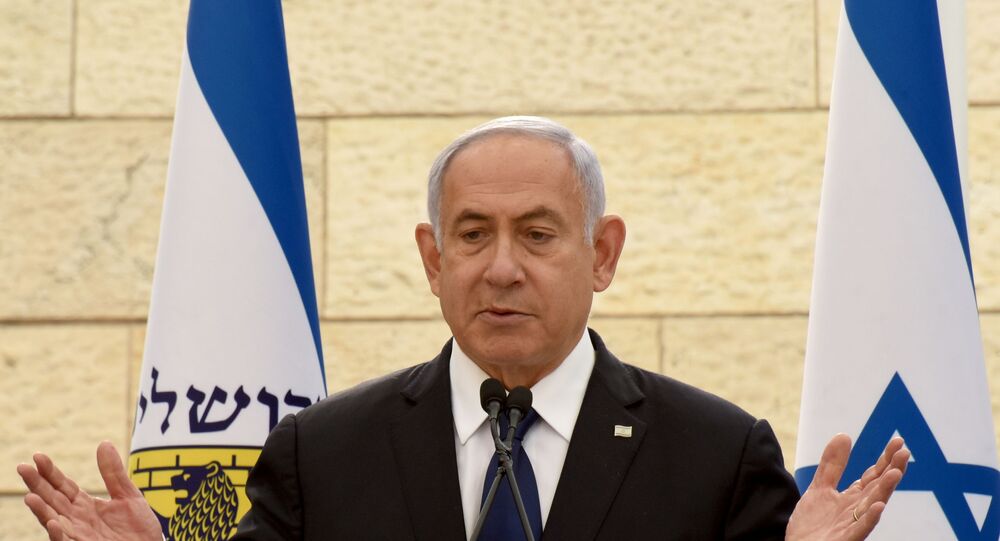 On Thursday, the office of Israeli Prime Minister Benjamin Netanyahu confirmed that the Security Cabinet had voted unanimously to approve a ceasefire between Tel Aviv and Hamas.

Speaking to reporters on Friday, Netanyahu pointed out that "not everything is known to the public yet, nor to Hamas” and that “the full range of [the Israeli military’s] achievements will be revealed over time”.

“I can say that we did bold and new things - if it was necessary to do a ground invasion, we would have done it, but I thought we could achieve the goal in safer ways”, Netanyahu said.

The Israeli prime minister argued that “eleven days of powerful strikes against the radicals in the Gaza Strip changed the balance of power and the rules of the game”.

© AP Photo / AMIR COHEN
Israeli soldiers work at an artillery unit as it fires near the border between Israel and the Gaza strip, on the Israeli side May 17, 2021

He added that the Jewish state “has destroyed kilometres of Hamas tunnels, bunkers, and command posts [in Gaza]” and that “terrorists have nowhere else to hide”. Israel, along with a spate of other countries, including the US, views Hamas as a terrorist organisation.

“We achieved our goals in the operation”, Netanyahu stressed, praising Israel’s campaign against Hamas and Islamic Jihad as "an exceptional success."

He also said that over the past few days, he had spoken to US President Joe Biden six times, thanking him for supporting Israel.

The prime minister spoke after a Hamas spokesperson said Egypt had informed the Islamist movement that an agreement had been reached on a Hamas-Israel ceasefire beginning at 2 a.m. on Friday, 21 May [23:00 GMT Thursday]. According to the AFP news agency, Islamic Jihad also confirmed the truce.

The office of Israeli Prime Minister Benjamin Netanyahu, in turn, said in a statement that “the Security Cabinet unanimously accepted the recommendation of all heads of security services, the chief of general staff, the head of the Shabak, the head of the Mossad and the head of the National Security Council to accept the Egyptian initiative on a bilateral ceasefire […]”.

The Thursday ceasefire put an end to the 11-day Israel-Hamas hostilities that kicked off after a decision by an Israeli court to evict several Palestinian families from their houses in the Jerusalem neighbourhood of Sheikh Jarrah.