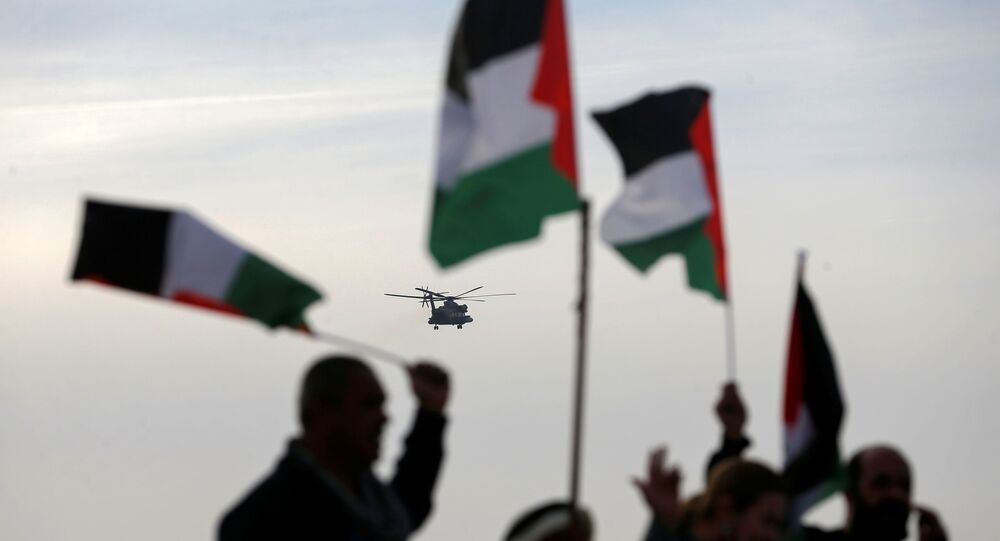 On Thursday, Israel and Hamas announced a ceasefire, ending 11 days of military hostilities that claimed at least 12 lives in Israel, while the number of Palestinians killed in Israeli airstrikes reached 227.

Sputnik is live from Al-Birah as people protest against Israeli policies following a new round of hostilities between the IDF and Hamas.

The tensions erupted earlier this month after Israeli authorities restricted access to the Al-Aqsa Mosque during the holy month of Ramadan due to the coronavirus. This resulted in mass demonstrations and violent clashes between Palestinians and Israeli police. The situation deteriorated further after an Israeli court also ruled to evict several Palestinian families from their homes in the Sheikh Jarrah neighbourhood in Jerusalem.

After this, clashes at the Gaza border started, with Hamas ultimately firing over 4,000 rockets towards Israel, while the IDF targeted the militants' facilities in the enclave.