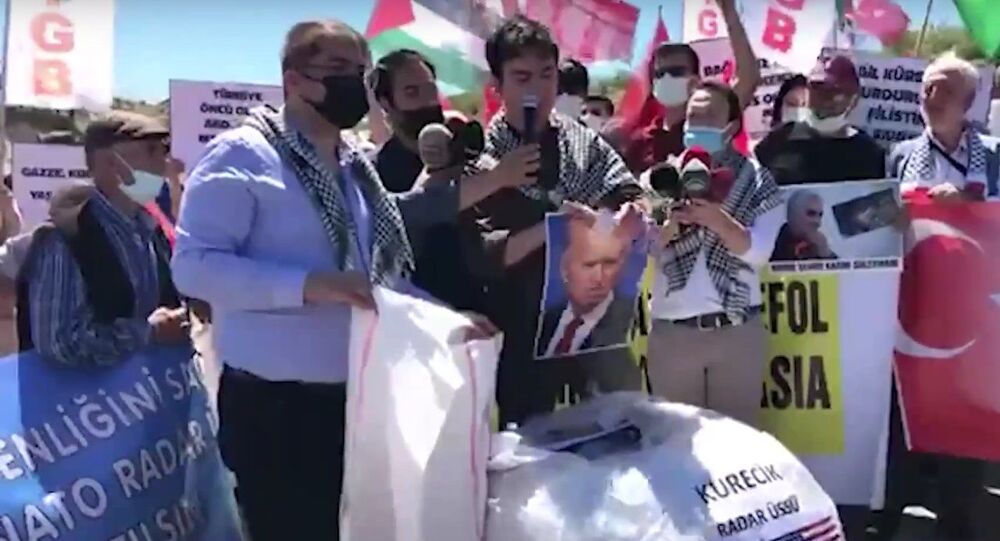 During protests in Turkey earlier this month against POTUS Biden recognising the 1915 events against Armenians as genocide, demonstrators also urged Ankara to end the US military's use of the Incirlik Air Base and Kürecik Radar Station in the country's south.

An anti-Israel rally was held on Thursday near the Kürecik Radar Station in southern Turkey, where protesters tore up portraits of US President Joe Biden and Israeli Prime Minister Benjamin Netanyahu.

The rally was held amid an ongoing escalation of violence between the Israel Defence Forces (IDF) and the Palestinian militant group Hamas as both sides continue to exchange rocket strikes. Earlier, Biden reiterated his firm support for Israel's "right to defend itself against indiscriminate rocket attacks".

Some of the demonstrators at the Kürecik rally held posters with the portrait of top Iranian general Qasem Soleimani, who died in a US drone strike on his car near the Baghdad International Airport in early 2020, an attack that was authorised by then-POTUS Donald Trump.

Several protesters carried posters reading "Israel will be stopped from Kürecik, and Palestinians will be protected this way" as well as "Kurecik must be closed for Israel; Let the eyes of Zionism be blind".

© AFP 2021 / Mahmud Hams
Hamas Did Not Receive Any Conditions for Truce From Israel, Politburo Member Says
The Kürecik Radar Station was established in 2012 for use by NATO as an early-warning radar against ballistic missile attacks, and is currently owned by the US Army.

Among other things, the facility is used to track possible attacks on Israel from Iran. The residents of Kürecik have repeatedly staged demonstrations, calling on Turkish authorities to wrap up the US military's use of the radar station.