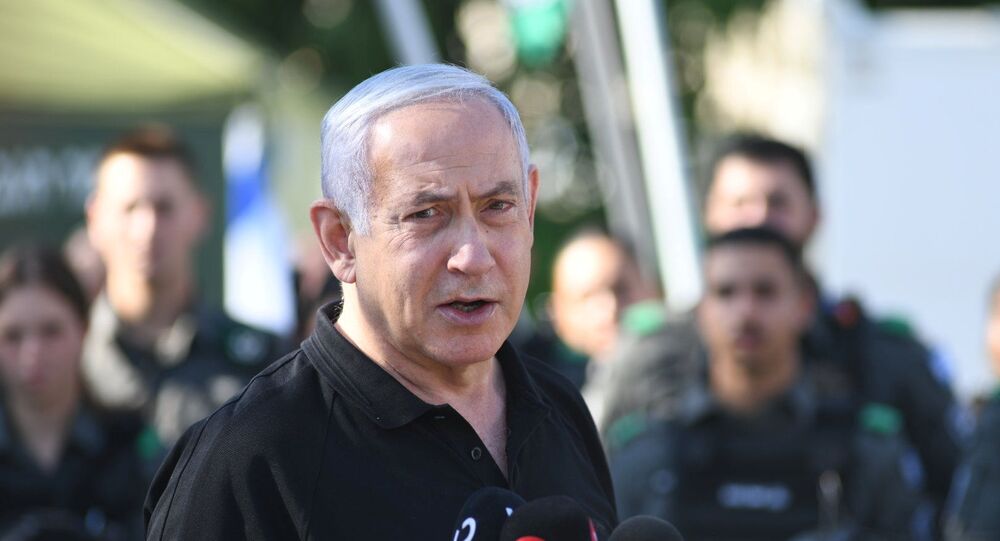 US President Joe Biden spoke earlier with Israeli Prime Minister Benjamin Netanyahu. The commander-in-chief relayed that he expected a “significant de-escalation” regarding the recent deadly clashes along the Gaza Strip. To date, thousands of rockets have been launched between Israeli and Palestinian forces, with the death toll rising.

Israeli Prime Minister Benjamin Netanyahu appeared to brush off Biden’s pressing calls for a cease-fire on Wednesday, telling reporters that operations along the Gaza Strip would continue until objectives are met.

Netanyahu’s latest remarks came after he had already held a telephone conversation with Biden earlier in the day, and also toured a military headquarters. The prime minister stated that while he “greatly appreciates the support of the American president,” the ongoing military operation against Hamas’ military wing would stay the course.

“I am determined to continue this operation until its goal is achieved - to bring back peace and security to you, the citizens of Israel,” Netanyahu said, pointing out that “every day we are hitting more capabilities of the terror organizations, bringing down more terror towers, hitting more weapons caches.”

The raging Israeli-Hamas conflict is currently on its tenth day, with rocket exchanges mounting and world leaders urging both sides to ease tensions and call a cease-fire.

A White House readout of Biden and Netanyahu’s conversation noted that the pair spoke on a variety of issues stemming from the violent clashes, including diplomatic efforts by regional partners. “The president conveyed to the prime minister that he expected a significant de-escalation today on the path to a cease-fire,” reads the release.

However, moments after Biden’s message to Netanyahu made headline news, it appeared early on that a de-escalation was not likely to take place soon, especially after the Israel Defense Forces tweeted that it had struck two buildings in Gaza.

Earlier, the IDF revealed that some 4,000 rockets had been fired toward Israel since renewed tensions emerged, and that IDF jets had struck 40 underground Hamas targets.

Although Netanyahu has put off mention of a cease-fire, Mousa Abu Marzook, a senior Hamas official, told Lebanon’s al-Mayadeen TV that he anticipated a mutual agreement being “reached within a day or two.” Similar sentiments were previously voiced by IDF Chief of Staff Aviv Kohavi, who also indicated that military operations would remain “as long as it must.”

Hostilities in the region have prompted the deaths of hundreds of Palestinians, many of whom were women and children. In Israel, officials indicated that at least a dozen have been killed, including at least two children.

Tensions in the region recently broke out after authorities restricted access to the al-Aqsa Mosque for Palestinians, with escalations being kicked up a notch after courts cleared the eviction of several Palestinian families from the Sheikh Jarrah area.

'Nothing Justifies It': Netanyahu Vows to Restore Order to Israeli Cities Amid Deadly Clashes