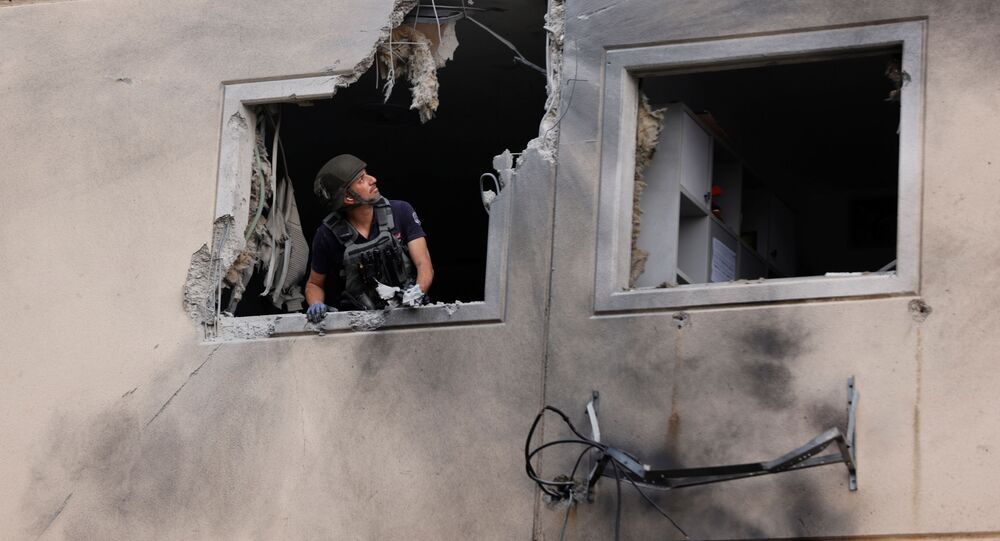 Third of Israelis Have No Access to Bomb Shelters, Living in Fear of Rocket Launches

Israel invests billions of dollars in security, but the construction of bomb shelters doesn't appear to be on top of the country's agenda, and reports suggest that a third of the Jewish state's population lacks basic protection from missiles emanating from Gaza or Hezbollah in the north.

As Israel's "Operation Guardian of the Walls" enters its ninth day, the Jewish state is counting the lives that have been lost in the confrontation with Hamas, an Islamic group that controls the Gaza Strip.

So far, the tensions have claimed the lives of 10 Israelis, most were killed by missiles or shrapnel that emanated from the coastal enclave. Most died because they failed to reach a bomb shelter.

Yariv Sandalon, a former IDF officer who currently serves as the Director of Security and Emergency Services in Petah Tikva, a city in the centre of Israel that has been facing a barrage of rockets, says casualties can be avoided if the population adheres to the strict measures of the Home Front Command.

One of the most important rules the military advocates for is the need to look for a protected area, ideally a bomb shelter, or a special secure room inside a house.

Residents of Petah Tikva, as well as other surrounding towns and cities, including Tel Aviv, have a minute and a half to reach a secure area before rockets from Gaza hit the area.

Apart from time being scarce, finding a bomb shelter can also prove to be challenging too.

"Twenty-five percent of Petah Tikva's 270,000 residents don't have proper protection and that means that people need to find shelter on staircases or deep inside their houses, [where missiles can do less damage - ed.]".

Petah Tikva is not the only Israeli city experiencing such a shortage. According to reports, a third of Israel's nine million people do not have access to bomb shelters. And while new residential units often have special protection rooms built specifically for the purpose of shielding missile attacks, many houses across Israel lack them, forcing residents to live in fear.

Sandalon says the reason for this dire situation is the lack of funding, as the construction of bomb shelters requires millions of dollars that the municipalities just don't have.

Interestingly enough, Israel's defence budget for 2021 is roughly $22 billion. Not much is spent on the construction of bomb shelters and Sandalon says the security apparatus has its own priorities.

"Much money goes to the communities surrounding the Gaza Strip and those located up in the north that face the threat of Hezbollah. Cities in the centre are more protected and thus require less spending".

© AP Photo / Ariel Schalit
An Israeli soldier stands guard next to an Iron Dome air defense system as smoke rises from an oil tank on fire after it was hit by a rocket fire from Gaza Strip, near the town of Ashkelon, Israel,, Wednesday, May 12, 2021

That policy is unlikely to change in the future and this is why Sandalon says municipalities should take matters into their own hands, making sure their residents are protected no matter what.

As part and parcel of that policy, Sandalon and his team work closely with the residents of Petah Tikva, explaining to them how to behave in the event of a missile threat. They are the ones that teach people where to hide, how to protect themselves, and when to leave the secure area after a rocket hits a building.

Their hard work, says Sandalon, is paying off and although Petah Tikva has been targeted on a number of occasions during the current round of tensions, none of the city's residents has been killed. Very few have been wounded.

"Our explanatory efforts bear fruit. We know that if people adhere to the regulations, lives will be saved".

© AP Photo / Neil Cohen
In this photo released by the Israeli army, Israeli soldiers walk towards the northern Gaza Strip as seen from the Israeli border with Gaza, Monday, Jan. 12, 2009.

Yet, despite the optimism, Sandalon says the situation in the city is tense. Fear prevails and people are waiting for the hostilities to end.

Prime Minister Benjamin Netanyahu promised the operation will continue, after getting the backing of US President Joe Biden.

Egyptians are exerting efforts to mediate between the two sides, but so far no breakthrough has been achieved, and while attempts continue, the end to "Operation Guardian of the Walls" appears to be nowhere in sight.