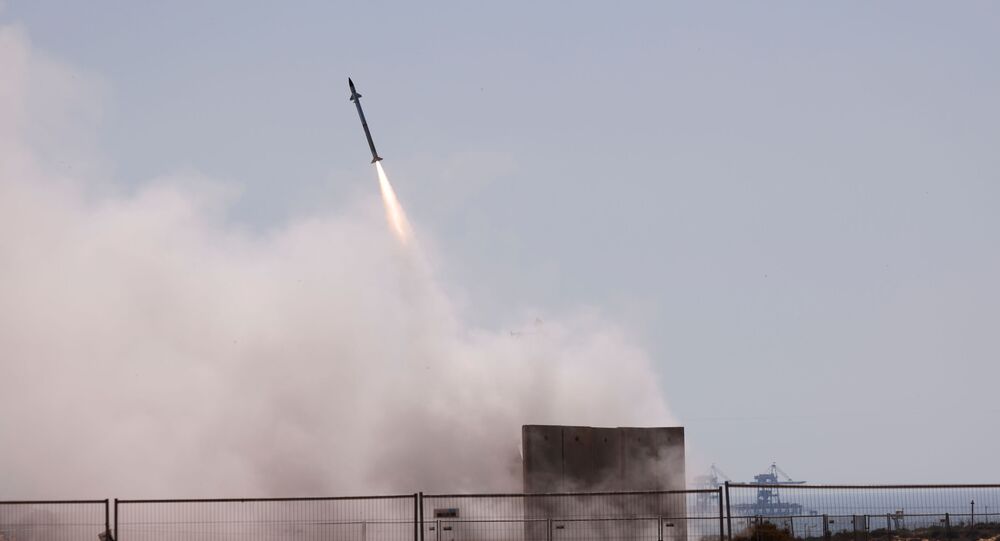 MOSCOW (Sputnik) - The possible uncontrolled escalation of the Palestinian-Israeli conflict would pose a significant danger given the fragile security system in the Middle East, and effort is currently being made to prevent new airstrikes, Kremlin spokesman Dmitry Peskov said on Monday.

"Well, the Middle Eastern region is not located on some other continent ... Obviously, the conflict poses a danger in the event of its uncontrolled growth and continuation, as many countries have quite difficult relations ... And the regional security system is quite fragile in general," Peskov told reporters.

"The huge deficit of mutual trust and the long-standing potential of regional conflicts certainly do not contribute to regional stabilization. But it is highly important to prevent the events from being transformed into a forceful scenario. Therefore, a very energetic effort is being made by the [Middle East] Quartet ... to stop the exchange of strikes," Peskov added.

Last week, special representatives of the Middle East Quartet of international mediators — Russia, the United States, the EU and UN — discussed holding a meeting on the Palestinian-Israeli conflict settlement.

© AP Photo / Carolyn Kaster
Blinken Discusses Israeli-Gaza Violence With Egypt, Saudi Arabia, Qatar, State Department Says
Violent clashes broke out from May 7-10 between Palestinians and Israeli police, leading to the worst conflict in recent years. Riots began in two areas of East Jerusalem at once — near the Temple Mount and in the Sheikh Jarrah quarter, where several Arab families are being evicted by the Israeli court decision.

The situation on the border between Israel and the Palestinian Gaza Strip has been deteriorating for the past week amid heavy rocket exchanges.