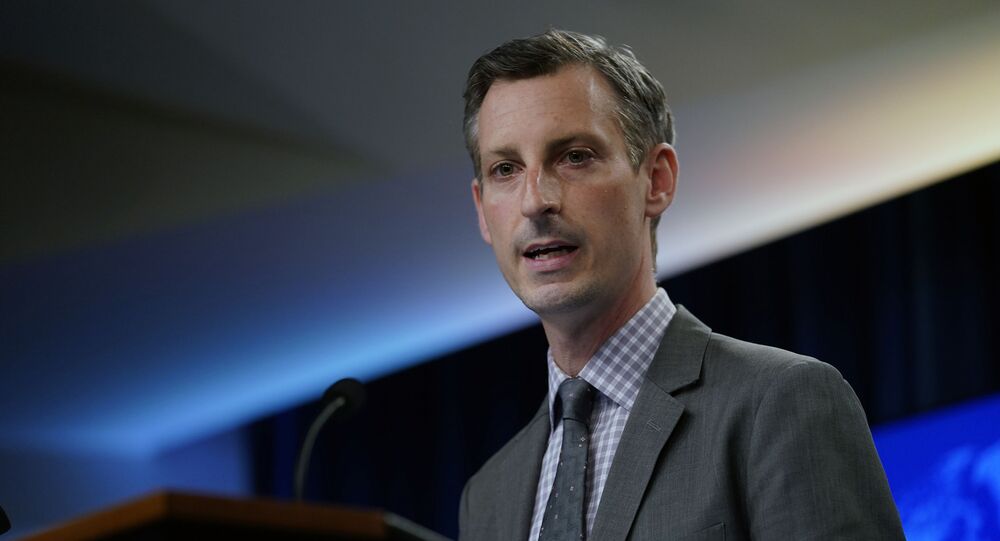 The secretary of state highlighted the importance of US partnerships with Qatar and Egypt amid ongoing efforts to support an end to the violence.

During his conversation with the Saudi foreign minister, Blinken "lamented the loss of Palestinian and Israeli lives and urged engagement to prevent a deepening of the crisis. He also expressed his belief that Palestinians and Israelis deserve equal measures of freedom, dignity, security, and prosperity," Ned Price said.

Blinken also discussed other issues with Faisal bin Farhan Al Saud, such as bolstering Saudi defenses, as well as the Yemen crisis.

Earlier on Sunday, the Qatari Ministry of Foreign Affairs announced in a statement that phone talks had taken place between Blinken and Foreign Minister Mohammed bin Abdulrahman Al-Thani, with the latter stressing the need for the international community to take urgent action to stop Israeli attacks against Gaza and reaffirming Qatar’s support for the establishment of an independent Palestinian state within the 1967 borders with Jerusalem as its capital.

"HE the Foreign Minister reaffirmed the firm position of the State of Qatar on the justice of the Palestinian cause and the legitimate rights of the brotherly Palestinian people, including practicing their religious rights and the establishment of their independent state on the 1967 borders with Jerusalem as its capital," the statement read.

On Saturday, a mass demonstration in support of the Palestinians was held in Qatar’s capital, Doha, as well as its suburbs. The demonstrators called for an end to Israeli strikes against the Gaza Strip and expressed their opposition to the eviction of Palestinian families from East Jerusalem.

The current escalation of the Israeli-Palestinian conflict started earlier this month, when unrest began in East Jerusalem over an Israeli court's decision to evict several Palestinian families from the area.

The situation on the border between Israel and the Palestinian Gaza Strip has been deteriorating for the past week amid heavy rocket exchanges that have resulted in the death of nearly 200 Palestinians, including 58 children. Israel has reported 10 people killed and 50 others seriously injured, while the Palestinian Red Crescent said that more than 1,300 Palestinians have been injured amid tensions with Israel.