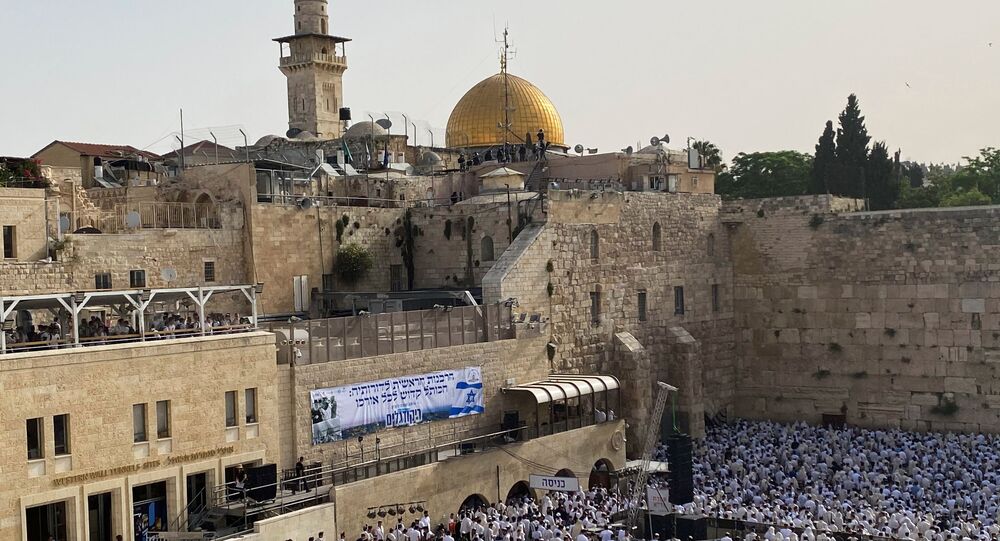 On the Shavuot holiday, going to the Western Wall is significant because it is one of the three holidays, along with Passover and Sukkot, when Jews were historically expected to go to Jerusalem's Temple and give sacrifices. As a result, these holidays typically draw a large number of Jewish worshipers to the Western Wall.

Due to the ongoing and at times escalating conflict situation across Israel, ultra-Orthodox Haredi leaders Rabbi Chaim Kanievsky and Rabbi Gershon Edelstein declared over the weekend that Jews should not go to the Western Wall to worship on Shavuot, Israel's news portal Walla reported on Sunday.

In a joint letter, the two rabbis stated that the danger was too great and that everyone was obliged to refrain from any "act of provocation."

Kanievsky and Edelstein are two of the most powerful rabbis in the Haredi Lithuanian non-Hassidic community, and their words bear a lot of weight and authority to the orthodox Jews.

This message comes amid ongoing violence between Jews and Palestinian Arabs across the country, particularly in the city of Lod, where a state of emergency was declared earlier, as well as ongoing military clashes between the Israeli Defense Forces and Gaza-based militant groups Hamas and Palestinian Islamic Jihad.

The Palestinian groups blame the continuing clashes on the Jewish presence on the Temple Mount, which is adjacent to the Western Wall.

According to the outlet, despite Kanievsky's and Edelstein's pleas, it appears that a large number of worshipers are nonetheless expected to arrive. Police and the Western Wall Heritage Foundation are planning for tens of thousands of people to arrive during Shavuot, which starts Sunday night. The holiday commemorates G-d giving the Torah to the Jewish people on Mount Sinai.

© AP Photo / Sebastian Scheiner
An Israeli ultra-Orthodox Jewish man looks down from a house in the Sheikh Jarrah neighborhood of East Jerusalem, Monday, May 10, 2021.

Clashes between Arabs and the Israeli authorities have continued throughout the last week on the Temple Mount not far from the Western Wall, beginning with Israeli police storming and violently clearing the Al-Aqsa Mosque. Those clashes spilled over into large-scale riots that spread throughout the country in which bands of Zionist settlers have attacked Arabs and vice-versa.

All in all, the situation grew into a full conflict between Israel and the Palestinians on the evening of May 10. Since the start of the current fighting, more than 2,500 rockets have been fired by Palestinian militants into Israeli territory, about 400 have fallen inside the Gaza Strip. The sound of a rocket attack siren echoed throughout most of Israel, including Jerusalem itself.

The strikes on Israelis resulted in eight civilians and one soldier killed, according to official data. Israel has also struck hundreds of targets in the Gaza Strip. The number of Palestinians killed in Israeli airstrikes has reached 145, including 41 children.