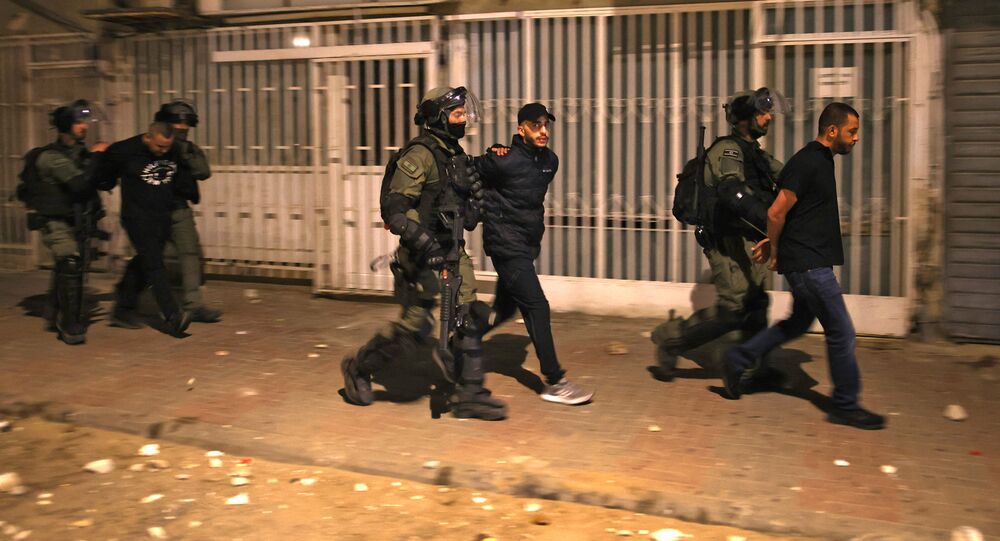 Earlier this week, Israeli Prime Minister Netanyahu visited the mixed Arab-Jewish town and declared a state of emergency there, giving more powers to the police.

Watch a live broadcast from the Israeli city of Lod where unrest refuses to fade between Arab and Jewish residents following a week of conflict in Gaza.

On 10 May, an Arab Lod resident was shot dead during clashes between Arab families and Israeli police forces over an Israeli court's decision to evict Palestinians from the Sheikh Jarrah district in East Jerusalem.

Three suspects arrested in connection with the murder say they were acting in self-defence.

The incident sparked a series of riots and violence, with crowds setting cars on fire and vandalising a synagogue. On Tuesday evening, Israeli Prime Minister Benjamin Netanyahu visited Lod and declared a state of emergency in the city.