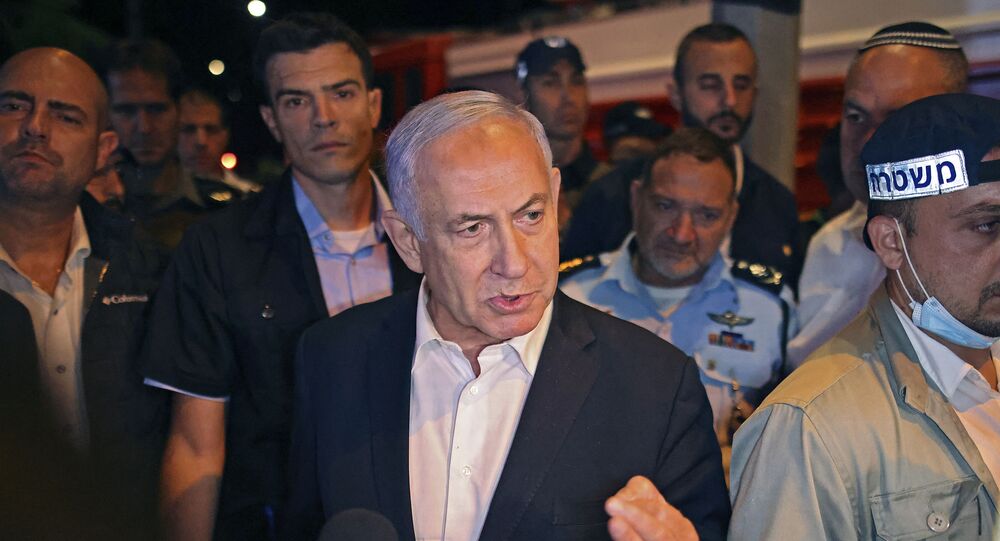 The IDF says it has struck more than 600 Hamas targets so far. The hostilities that kicked off on Monday have already claimed the lives of 7 Israelis and 70 Palestinians.

As the Israel-Hamas confrontation enters its fourth day, the Islamic group that controls the Gaza Strip continues to promise that attacks on the Jewish state will continue as long as Israel doesn't take its hands off Jerusalem.

The disputed city has seen tensions rising over the past couple of weeks after Israel decided to limit the amount of worshippers on the Temple Mount, a plateau that houses the Al-Aqsa Mosque, holy for Muslims.

Israel wanted to avoid a situation where large crowds of mostly unvaccinated individuals would gather, but the Palestinians interpreted the move as a violation of their basic rights, the right to worship.

Jerusalem Isn't the Only Goal

Eran Lerman, a retired colonel, who held various senior positions within the IDF's military intelligence, says Hamas' goals are not only about Jerusalem.

"Hamas was looking for an opportunity [to exercise their strength]. They wanted to assert their position in Jerusalem but what they also wanted was to show their rivals in Fatah who the boss is".

Abbas claimed the decision to call off the much-anticipated vote stemmed from Israel's reluctance to let East Jerusalem residents participate in the elections. Hamas was certain the move was orchestrated to prevent the group from obtaining a leading position in the West Bank, currently run by Abbas' Fatah.

© AP Photo / Markus Schreiber
Israel’s Rivlin Implores Israelis to Stop ‘Madness’ as Gaza Strip Tensions Soar
In recent months, Hamas has shown signs of losing its popularity in the West Bank and Gaza, primarily as the Islamic group's authorities were struggling to cope with the coronavirus pandemic that has killed nearly a thousand people there.

They were also incapable of handling the acute economic crisis that the virus has unlocked and could not prevent a situation where many Gazans found themselves living below the poverty line.

A recent poll indicated that Hamas would get the support of 30 percent in the West Bank and 36 percent in the Gaza Strip if elections ended up taking place in May, as opposed to the 34 and 43 percent registered three months earlier.

Hamas had hoped the legislative elections would change that equation. The decision to postpone them indefinitely was a red line that should not have been crossed.

Now, says Lerman, Hamas is trying to "insinuate themselves into Jerusalem" and reclaim their image as a jihadi terror organisation and a key player in regional politics.

So far, they've succeeded in achieving that goal. According to the IDF, more than 1,600 Gaza rockets have been fired so far towards Israel. Most of them were intercepted by the Iron Dome missile defence system. About 400 rockets fell into the Gaza Strip.

The hostilities have also claimed a number of civilian lives. Since Monday, when the first missiles reached Israel, seven people have lost their lives, including a six-year-old child. Dozens have been injured.

On the Palestinian side, the death toll has since reached 70. Hundreds have been wounded in Israeli airstrikes.

Who Benefits From the Current Mess?

Meanwhile, Egypt as well as other players are trying to soothe the tensions and mediate between the parties.

For the time being, no breakthrough has been achieved partially because of Israel's unwillingness to end the assaults against Hamas targets in the Strip.

After Israel's longest-serving PM failed to form a coalition, the mandate was given to his main challenger Yair Lapid. But as the security turmoil continues, experts say that Netanyahu could be seen as a better fit for the role primarily due to his proven record in handling terror.

Yet, Lerman says the PM is unlikely to benefit from the fragile security situation. And neither will his rivals.

"Under the current circumstances, it will difficult to put together a coalition. It will also be challenging to rely on Arab votes", he said referring to the efforts of Lapid to form a government.

Before the hostilities erupted, Lapid had been holding a series of intense negotiations with a number of parties to forge a coalition. He was counting on the support of the hawkish party Yamina led by Naftali Bennett and on the votes of Raam, an Islamic faction believed to have ties to the Muslim Brotherhood, known for its embrace of Hamas.

Amid the ongoing confrontation, these talks have been set aside, and Lerman is certain that negotiations won't resume until the hostilities are over.

Just when that will happen remains the million dollar question.