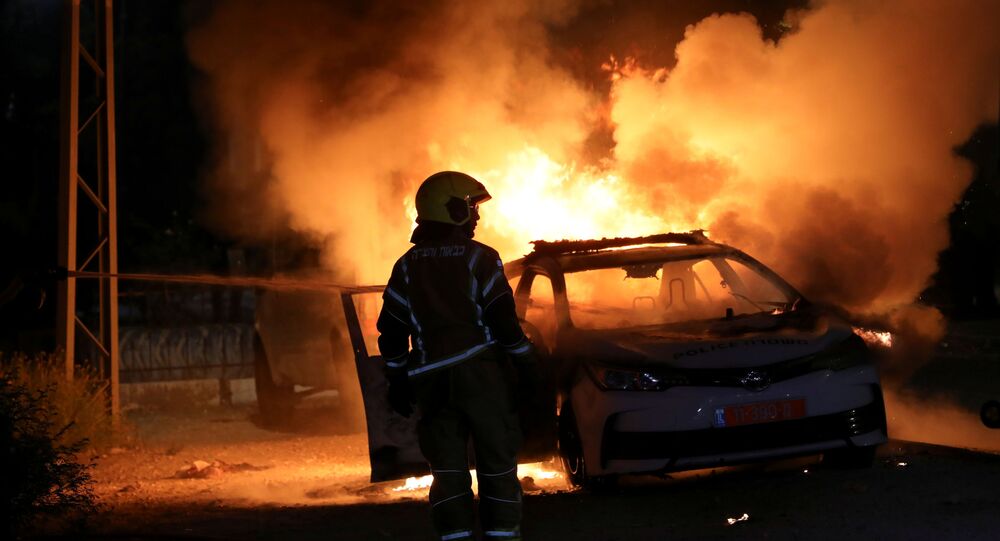 Israeli Prime Minister Benjamin Netanyahu declared a state of emergency in Lod on Tuesday night, as Arab and Jewish communities took to the streets following an aggressive exchange of rockets between Israeli forces and Palestinian militants on Monday.

A number of violent clashes have broken out across Israel, with the Israeli city of Lod undergoing multiple confrontations despite the area being placed under a curfew earlier.

Many videos are being shared on social media appearing tp show instances of rock-throwing, buildings being attacked, fires being ignited, among other offences. Earlier, the United Nations warned of a "full-scale war" as violence continues to intensify.

The state of emergency imposed by Netanyahu included a curfew, and saw additional security forces pulled from their West Bank stations and relocated to Arab-Jewish city of Lod.

Mayor Yair Revivo, who oversees the Israeli city, requested assistance from Netanyahu late Tuesday, saying that the situation was too big for the police. The official had remarked that "this is Kristallnacht in Lod".

There have been reports of attacks on homes and shops throughout the city, as tensions continue to escalate. So far, many global leaders have taken to condemning the attacks, with others asking citizens to refrain from acting violently towards one another.

So far, there have been reports that more than 70 deaths, including that of ten children, have been documented since violent clashes erupted on Monday. Hundreds of others have been reported injured.