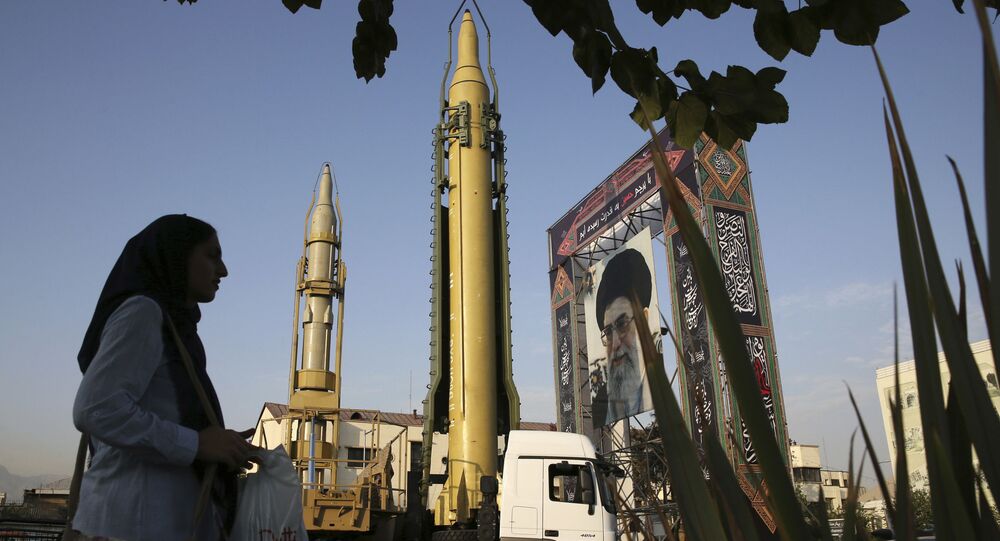 The statement follows the conflict that broke out on Monday night between Israel and the Palestinian Authority, which in turn erupted in the wake of monthlong clashes between Palestinians and Israelis amid the Muslim holy month of Ramadan.

The Islamic Revolutionary Guards Corps (IRGC) of Iran has condemned the Israeli strikes "against the oppressed" people living in the Gaza Strip and blasted the Jewish state for the "martyrdom of dozens of Palestinians," vowing to stand "more powerfully" in defense of the Palestinian people.

The elite force considers "providing assistance to the Islamic resistance and Palestine’s Intifada [Uprising]" to be its "historical and undeniable mission," according to a statement released on Wednesday.

It went on to say that providing such support was part of General Qassem Soleimani's legacy as the former commander of the IRGC's Quds Force. Soleimani was killed in a US drone strike in Baghdad, Iraq, last year.

Dozens and dozens of Palestinians have died as a result of the “homicidal and infanticidal regime,” according to an IRGC statement. The corps added that the violence crossed "credible international redlines."

Israeli actions have hurt people's feelings and emotions across the Muslim Ummah (Nation), as well as other "right-seeking people around the world," and have served "to expose Israel and its backers' putrid and evil" existence even more, according to the statement.

© REUTERS / IBRAHEEM ABU MUSTAFA
Smoke and flames rise from a tower building as it is destroyed by Israeli air strikes amid a flare-up of Israeli-Palestinian violence, in Gaza City May 12, 2021.

The IRGC, on the other hand, praised Palestinian resistance groups for their "commendable" measures, which included firing hundreds of rockets into Israel, and pledged to help the Palestinians "smartly and more powerfully...in this fateful battleground."

© REUTERS / OFFICIAL KHAMENEI WEBSITE
Iran's Supreme Leader Urges Palestinians to Adopt Strategy of Coalescence Amid Tensions With Israel
Overnight, Palestinian fighters increased the number of missile launches against Israel as part of "Operation Sword of al-Quds." According to their statements, their ultimate goal is to free al-Quds "from Israeli occupation."

The IRGC praised Gazan militants for causing Israel to feel "the fire of the Palestinian youths' wrath" and forcing it to confront one of the hardest and most horrific crises it has ever encountered during recent history.

Since the cross-border conflict erupted, Israel and Hamas have exchanged hundreds of rocket attacks, with the Israeli side counting the overall number at 1,500 missiles. Days of clashes in East Jerusalem, near the Temple Mount and in the Sheikh Jarrah quarter, triggered the uprising, which saw many Palestinian families evicted from their homes in the disputed area.

As a result of frequent rocket attacks on Israeli settlements, six Israelis were killed and more than 200 were injured. In retaliation, Israel attacked the Gaza Strip, hitting targets of Palestinian groups Hamas and Islamic Jihad and killing several fighters, including senior warlords. According to the Palestinian Ministry of Health, Israel's attacks in Gaza have killed 67 people.