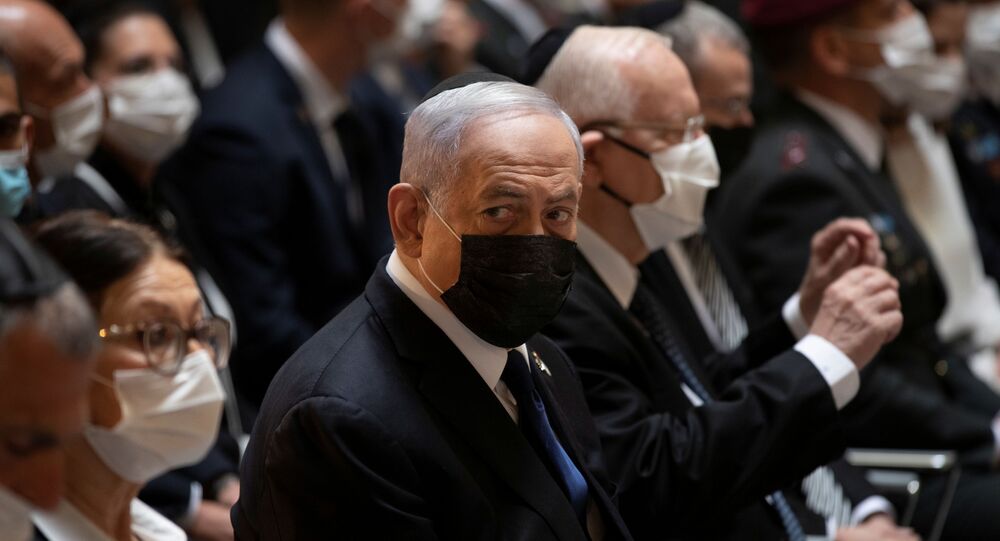 'Nothing Justifies It': Netanyahu Vows to Restore Order to Israeli Cities Amid Deadly Clashes

Last week, large-scale skirmishes between Palestinians and Israeli police broke out in East Jerusalem. Clashes began near the Temple Mount and in the Sheikh Jarrah quarter, where several Arab families were being evicted by an Israeli court, which led to protests that quickly escalated into riots in several Israeli cities.

Israeli Prime Minister Benjamin Netanyahu condemned the events and violent clashes between Jews and Arabs in the cities of Israel, noting that "nothing justifies it," and pledged to restore security and order in all settlements of the country.

In his Wednesday address, the prime minister recalled the rioters' arson attacks on synagogues and cars in several cities, as well as the assaults on police officers and civilians. Netanyahu underscored that such actions would not be tolerated, and assured that the Israeli authorities would put a stop to what he called anarchy.

According to Netanyahu, "nothing justifies it," meaning that no circumstance can justify "lynching" Arabs among Jews and vice versa. He reiterated his commitment to restoring peace in all troubled cities. He added that he gave the police an order to implement emergency powers, to reinforce border forces and to enforce curfews where needed.

The prime minister stated that he will be holding an emergency meeting with law enforcement officials on granting them emergency rights to suppress riots, noting that if necessary, a new law could be passed for this purpose.

© REUTERS / RONEN ZVULUN
Torah scrolls, Jewish holy scriptures, are removed from a synagogue which was torched during violent confrontations in the city of Lod, Israel between Israeli Arab demonstrators and police, amid high tensions over hostilities between Israel and Gaza militants and tensions in Jerusalem May 12, 2021

Netanyahu also appealed to the citizens of Israel, stressing that even though some may have their "blood boiling", no one can take the law into their own hands by attacking ordinary citizens, be they Arabs or Jews. He expressed hope that the understanding of the inadmissibility of such actions was inherent in the absolute majority of Israelis.

Netanyahu stated that the country was in a battle on two fronts, with one being a confrontation with Hamas forces firing rockets at "both Arab and Jews."

© REUTERS / Debbie Hill/Pool
'This is Only the Beginning': Netanyahu Vows to 'Inflict Blows That Hamas Has Not Dreamt Of'
At the end of the address, the prime minister urged citizens to unite for the sake of maintaining order and eliminating the existing "anarchy", in order to preserve and restore the security and peace which "we all deserve."

The day before, Netanyahu declared a state of emergency in the Israeli city of Lod, and also authorized the entry of border battalions there amid extremely violent riots and the city mayor's statements that the local authorities had lost control of the situation.

Earlier in the day, during a visit to the hospital where those who were wounded in a rocket attack had been taken the day before, Netanyahu spoke about the current flareup in hostilities with Gaza, saying that Palestinian fighters would face much harsher retaliatory strikes than they ever have before. He stressed that this was "just the beginning" of the Israeli response.

On Monday evening, the situation on the border between Israel and the Palestinian Gaza Strip escalated sharply. Palestinian groups fired over a thousand rockets at Israel from Gaza, and Israeli forces responded by targeting several objects in the Gaza Strip and Gaza City.

Israel's Iron Dome missile defense system intercepted about 200 Palestinian projectiles. As a result of the rocket attacks, five Israelis were killed and more than 200 were injured. Israel meanwhile attacked the Gaza Strip, killing at least 65 people, according to the Palestinian authorities.