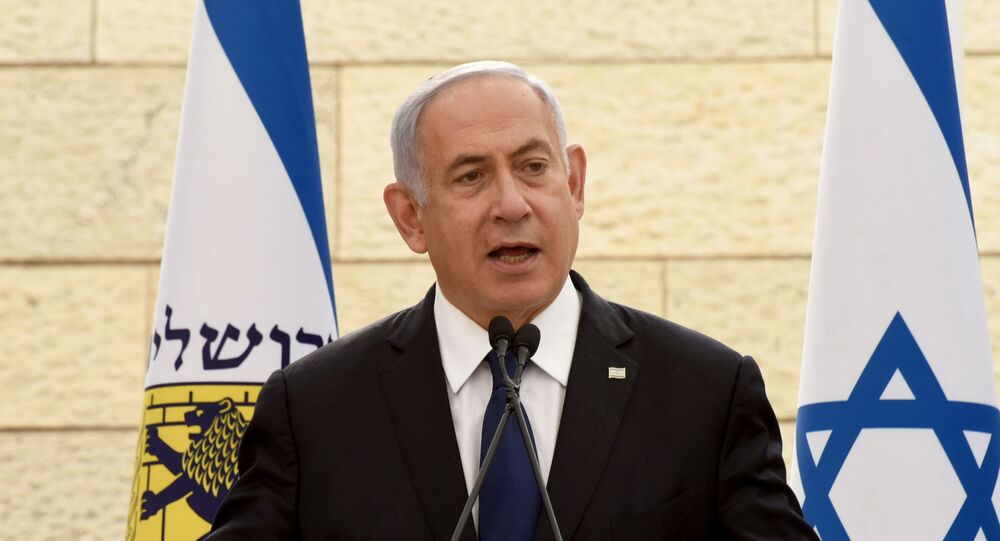 During his visit to a hospital treating those wounded in 11 May’s overnight rocket strikes, Prime Minister Benjamin Netanyahu vowed that Hamas would face even more retaliatory blows by Israeli forces.

"This is just the beginning! We'll deliver [Hamas] blows they haven't dreamt of", Netanyahu said.

The prime minister's warnings come as Hamas admitted that several of its top military commanders were killed in Israeli strikes carried out in response to a massive rocket attack on Tel Aviv and other cities in Israel that left five people dead and 200 injured. The IDF's retaliatory strikes, in turn, killed 43 Palestinians and injured 300 more.

Israel's internal security service, Shin Bet, claims that Hamas' military chief in Gaza City, Bassem Issa, head of the cyber command, Jumaa Tahle, head of research and munitions, Jamal Zibde, and chief production engineer, Hazem Hatib were among those killed in the Israeli airstrikes. Hamas has only confirmed the death of Bassem Issa, leaving Shin Bet’s other claims without comment.

Gaza-based militants, including Hamas, launched around 1,000 rockets towards Israel on the night between 11 and 12 May, making it the single biggest attack on the Jewish state this year. While Israel’s Iron Dome air defences intercepted most of the projectiles, some of the rockets still made it through, damaging buildings, vehicles, and killing five people.

Hamas’ attacks came amid escalating tensions between Palestinians and Israelis in Jerusalem and other cities in the Jewish state. They started nearly a month ago, after police in Jerusalem imposed restrictions on the ability of Palestinians to visit sites of religious significance amid the month of Ramadan, including the al-Aqsa Mosque. The Israeli Supreme Court's anticipated decision on the eviction of Palestinian families from the Sheikh Jarrah neighbourhood in East Jerusalem has only added fuel to the fire.