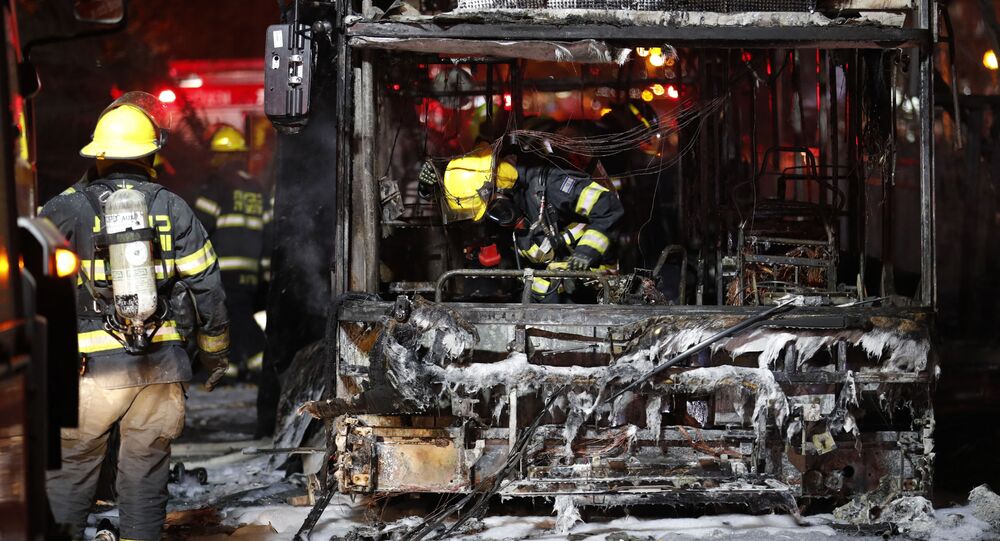 On Wednesday, the Israel Defence Forces (IDF) said that over 1,000 rockets had been fired at the Jewish state by Palestinian forces from the Gaza Strip since the beginning of the escalation between the IDF and Hamas on Monday.

Ismail Haniyeh, chief of the Islamiс group Hamas, has claimed the Palestinians have managed to accomplish a "new" balance of power in their fight against Israel after the militant group intensified its rocket attacks on central areas of the Jewish state on Tuesday evening.

"We have achieved victory in the battle for Jerusalem, the defence of Jerusalem", Haniyeh said, referring to the city as "the axis of conflict".

He said that Hamas had been in contact with regional leaders since "the recent events broke out in Jerusalem, Sheikh Jarrah, Damascus Gate", signalling his group's readiness for "every scenario, whether escalation or ceasefire".

"What is taking place right now is an honour for our people, our nation. There is a new balance of power right now", the Hamas leader argued as he pledged that his group "would not abandon Jerusalem" and would not give up "resistance".

The remarks came as Israel Defence Forces (IDF) spokesman Jonathan Conricus told reporters that Palestinian militants in Gaza have launched more than 1,000 rockets towards Israel since Monday evening and that five Israelis had been killed and over 200 others injured in the rocket attacks.

RAW FOOTAGE: This is the moment the Iron Dome intercepted a barrage of rockets over Tel Aviv and central Israel. pic.twitter.com/8jl8OTgWCl

According to Conricus, Israel's Iron Dome missile defence system continues to operate effectively, intercepting a significant share of rockets launched from the Palestinian enclave and saving Israelis' lives amid the massive shelling.

The IDF earlier tweeted that they had eliminated key intelligence figures from Hamas, including the head of the group's military intelligence security department and his deputy.

One of the 100s of rockets that were just fired from Gaza toward Tel Aviv and central Israel exploded on a civilian bus.

We won’t stand by and let this happen. pic.twitter.com/aNsA3dlgMe

"Hundreds of attacks have been carried out, towers and tunnels in the Gaza Strip have been blown up, infrastructure has been destroyed, and we still have many targets that we will attack, these are just the beginning", Gantz said on Tuesday.

Israeli Prime Minister Benjamin Netanyahu, for his part, pledged that the Palestinian groups Hamas and Islamic Jihad "will pay a high price for their actions against Israel", stressing that people in the Jewish state "are united against the despicable enemy".

© AP Photo / Heidi levine
'Civil War Has Erupted': Netanyahu Declares State of Emergency in City of Lod Amid Violent Riots
The largest Israeli-Palestinian escalation in recent years began on Monday evening, when over 600 rockets were fired from the Gaza Strip at Israel. The IDF launched retaliatory strikes at Hamas targets in Gaza, killing at least 30 people, including ten children, according to a spokesman for the Palestinian enclave's Health Ministry.

The exchange followed a spike in bilateral tensions in the wake of an Israeli court ruling to evict several Palestinian families from Jerusalem. On Monday, Palestinians clashed with Israeli security forces near the Al-Aqsa Mosque as the nation celebrated Jerusalem Day, commemorating Israel's takeover of the Old City following the 1967 Six-Day War.