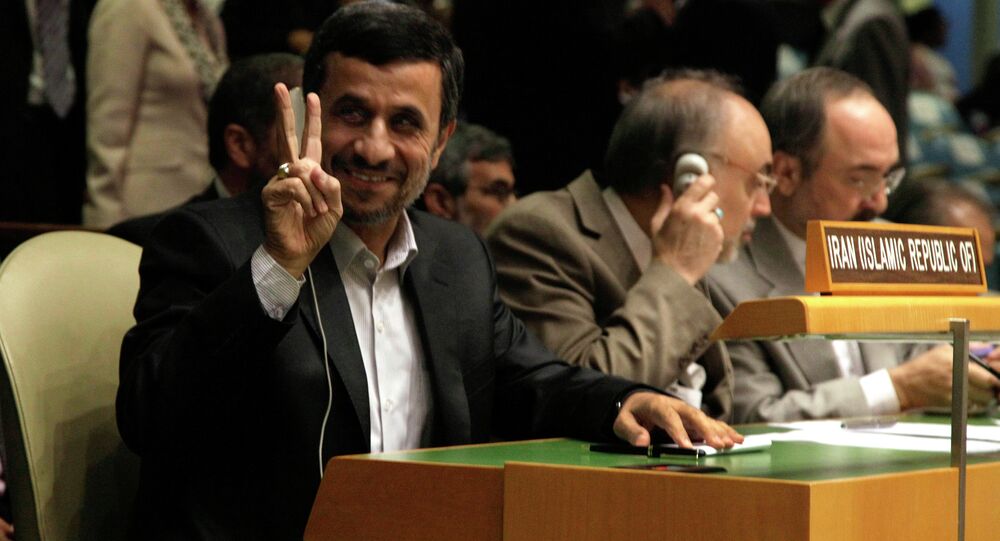 The politician, who served as president between 2005 and 2013, was well-known for his poignant criticism of Washington and Israel, as well as for controversial statements on various issues. Ahmadinejad planned to participate in the 2017 elections, but was barred from them by Iranian Supreme Leader Ayatollah Ali Khamenei.

Former Mayor of Tehran and President of Iran Mahmoud Ahmadinejad has registered as a presidential candidate for the June elections, state TV reported on Wednesday. Current President Hassan Rouhani won't participate in the race, since he is serving his second and final consecutive term.

The hard-line politician is famous for his ascetic lifestyle and rhetoric, appealing to poor Iranians.

© REUTERS / TIMA
An Iranian man casts his vote into a ballot box during the presidential election in Tehran, Iran, May 19, 2017

During Ahmadinejad's presidency, several of his statements resulted in a major outcry in the West. In a speech at the UN he claimed that most Americans believe their government was behind the 9/11 attacks and later called for an inquiry.

He also stated that Israel "must vanish from the page of history" (often misquoted as "wiped off the map"), and said Iran had the "right to nuclear energy", defending the Islamic Republic's nuclear programme.