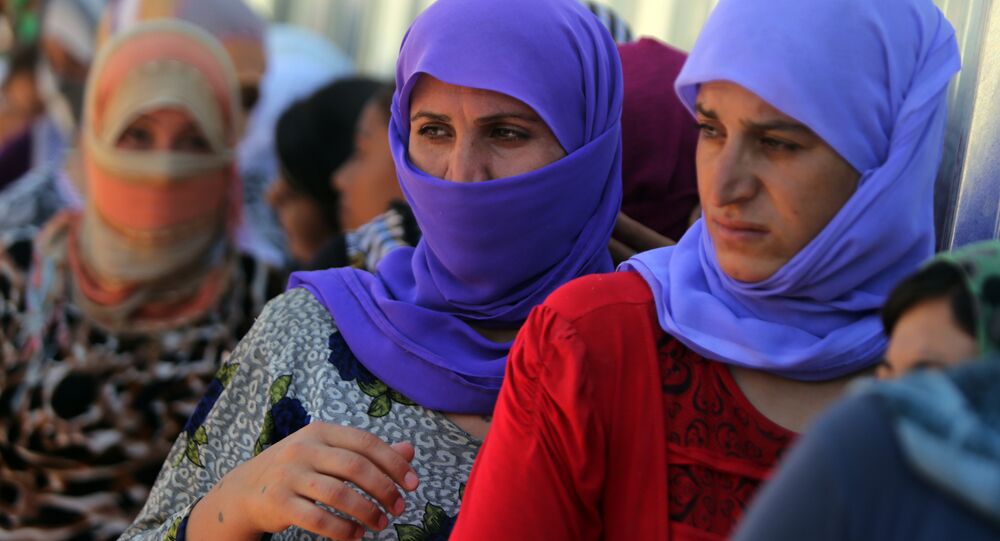 WASHINGTON (Sputnik), Liudmila Chernova - Karim Asad Ahmad Khan, head of the UN investigative team to promote accountability for genocide, crimes against humanity and war crimes committed by Daesh* in Iraq, said on Monday that the crimes against the Yazidis constitute genocide.

"The team has established a detailed account of the atrocities committed against the Yazidis", Khan said. "Thousands of statements have been taken by the team or obtained from the Iraqi authorities or from the KRG or from NGOs. I am able to announce that based upon independent and impartial investigations, complying with international standards and UN best practice, there is clear and convincing evidence that the crimes against the Yazidi people clearly constitute genocide".

Khan said the investigative team combined the findings with analyses of computers and phone records, facial recognition and forensic analysis to reach its conclusion.

Khan pointed out that the investigative team identified specific perpetrators who clearly are responsible for the crimes of genocide against the Yazidi community.

"The intent of Daesh* to destroy the Yazidis physically and biologically was manifested in the ultimatum that was repeated in so many different villages in Iraq - to convert or to die", he said. "Thousands of men and women and children were killed pursuing to this ultimatum".

Thousands of Yazidis remain missing and there is evidence some may still be detained by the terror group in the region, Khan added

The UN Security Council adopted Resolution 2379 in September 2017 to establish an independent investigative team to support domestic efforts to hold Daesh* in Iraq accountable for its actions in Iraq. UNITAD collects, preserves, and stores evidence of acts that may amount to war crimes, crimes against humanity and genocide committed by the terrorist group in Iraq.

In December 2017, the Iraqi leadership declared victory over Daesh* after fighting the group for more than three years. Nevertheless, the international coalition against the terrorist group, which was established in 2014, remained in the country to assist the government in creating a sustainable Iraqi security force that could secure the nation's borders and ensure a lasting victory over the terrorist group.