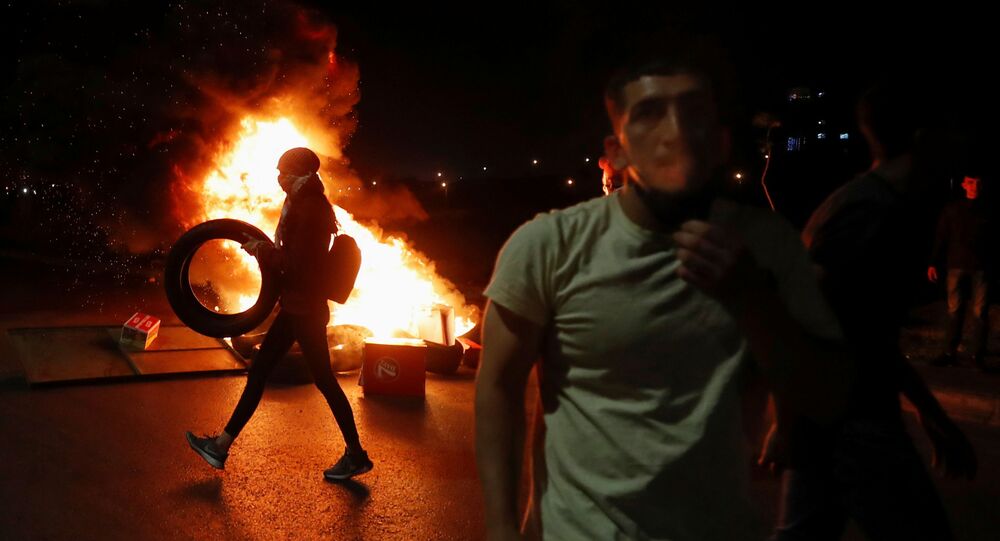 Clashes between Palestinians and Jews that began on Friday continue in the city of Jerusalem, evolving from weeks of tensions during Ramadan and more recently a forthcoming decision by an Israeli court that could have dozens of Palestinian families evicted from their houses in the neighbourhood of Sheikh Jarrah.

Protests in Israel continued on Sunday, with several cities also seeing unrest in support of those Palestinian families that will potentially be evicted from their homes in the Sheikh Jarrah neighbourhood in Jerusalem.

Demonstrations popped up in several Israeli cities inclduing Haifa and Nazareth. Some people were filmed throwing stones and fireworks in Jerusalem's neighbourhood of Ma'ale HaZeitim.

​Police have been filmed trying to disperse the crowds.

Unrest in Israel prompted reaction from many, including the United States and the Middle East Quarter - which includes Russia, the United States, the European Union and the United Nations - who have called for de-escalation in Jerusalem.

On Sunday, the White House released a statement on the Jerusalem protests, revealing that US National Security Advisor Jake Sullivan spoke to his Tel Aviv counterpart, Meir Ben-Shabb, reiterating Washington's "serious concerns" on the situation in Israel.

Israel has seen several rocket attacks in recent days, particularly two missiles were launched towards the Jewish state from the region on Sunday.