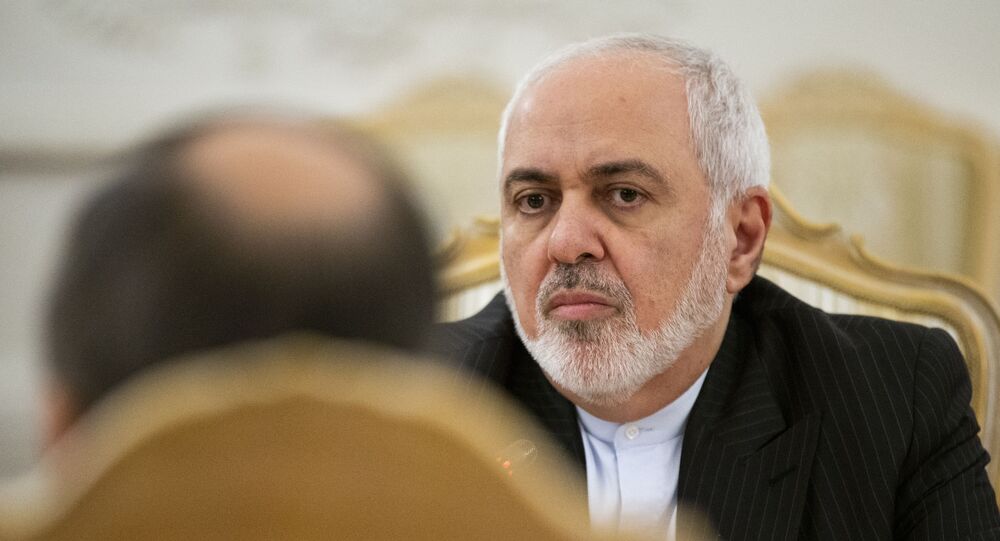 The Iranian Foreign Minister landed in hot water after recordings of him spewing critical remarks on late Islamic Revolutionary Guard Corps' (IRGC) General Qasem Soleimani were leaked. Tehran launched an investigation into the leak, with President Hassan Rouhani suggesting that the recording was released to damage the Iranian government.

Iranian Foreign Minister Javad Zarif will not run for the country's presidency "in any way", Iranian news agency IRIB reported on Sunday, citing a member of the National Security Commission.

"Mr. Zarif, who was present at the meeting to explain his audio file, also said that he has no intention of running in the 13th presidential election", the unnamed Security Commission member told IRIB.

The 2021 presidential election in Tehran is expected to be held on 18 June, with the registration of candidates to open on 12 May.

Zarif had been considered by some to be a possible potential reformist candidate, according to an IRNA report in early May.

"[...] In an official letter, Mr. Tahernejad, the party's representative in the Iranian Reform Front, officially named [as presidential candidates] Ishaq Jahangiri, Mohsen Hashemi and Mohammad Javad Zarif, which was approved by the Political Committee and the Central Council", Ali Jamali," stated a member of the Construction Agents Party cited by IRNA.

Recently, however, Zarif found himself in the crosshairs after the release of an audio recording in which he is heard delivering controversial remarks about the late IRGC general, Qasem Soleimani, criticising some of his actions.

Following criticism over the leaked audio, that, according to Tehran, was released to damage the Iranian government, Zarif apologized for his remarks, particularly asking Soleimani's family members to forgive him.

“I have been shouting out the vigour, humanity, pacifism and courage of Martyr Soleimani, not just before the great people of Iran and not only today, but before the entire world and for more than two decades,” Zarif stated after facing backlash over his remarks.

An investigation was ordered by Tehran to find the parties responsible for leaking the audio recording.