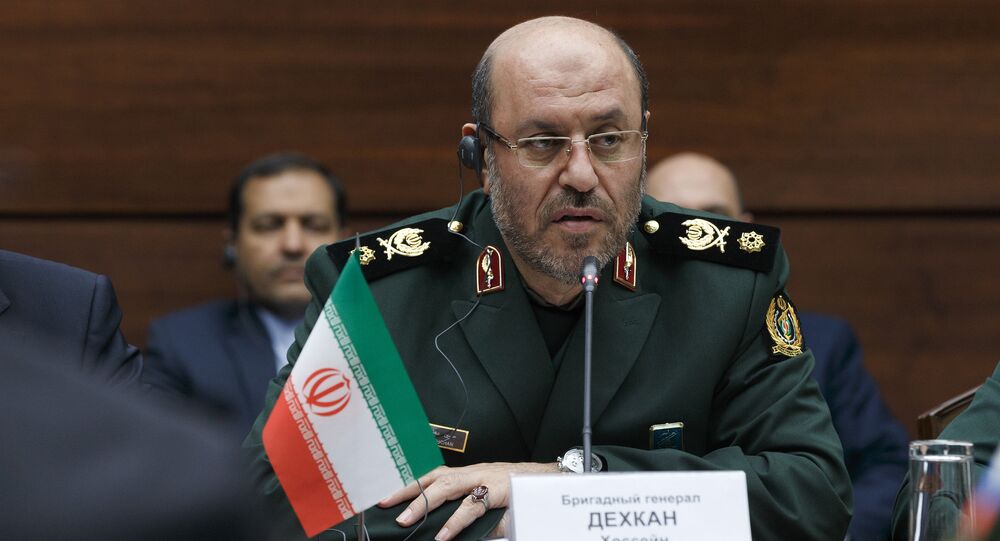 Until now, military officials were only able to make a bid for the highest publicly elected office in the land after being vetted by the Constitutional Court on a case-by-case basis.

Iran’s Constitutional Court has ruled in favour of allowing senior commanders from the country’s armed forces to run for president, Press TV reports, citing the ruling.

According to the Court, government ministers, provincial governors, the mayors of cities with a population of two million and above, and commanders from the country’s armed forces “with the rank of major general and higher” can register to run.

The ruling is significant, as previously, the Court was tasked with interpreting the Constitution on the qualifications of each individual prospective candidate from the military seeking a shot at the presidency.

Press TV says the ruling effectively puts an end to a years-long debate about whether members of the armed forces should be allowed to be engaged in civilian politics at a senior level.

Russian Foreign Ministry
‘Move Fast’: Zarif Urges US to Return to Nuclear Deal Before Iran’s Upcoming Presidential Election
Iranians will go to the polls to pick a new president on 18 June. Registration will formally start next week, with nearly two dozen individuals already declaring their intention to run, and over a dozen more expressing interest or being deemed potential candidates.

Among the possible contenders is Brig. Gen (ret.) Hossein Dehghan, the former defence minister-turned advisor to Supreme Leader Ayatollah Ali Khamenei. Dehghan served as defence minister between 2013 and 2017 during President Hassan Rouhani’s first term. In recent media interviews, the retired commander has warned about the risks of a tactical conflict with the US escalating into a full-scale war, and stressed that Tehran was “not after negotiations for the sake of negotiations”. He added that Tehran would not rest until all forces from the US “terror state” were expelled from the Middle East in retaliation for the 3 January 2020 drone strike assassination of IRGC commander Qasem Soleimani.

Saeed Mohammad, a second brigadier general in the IRGC and former head of the IRGC-controlled Khatam al-Anbiya Construction Headquarter engineering firm, has also announced his intention to run.

Mahmoud Ahmadinejad, the populist conservative who served as president of Iran between 2005 and 2013, has yet to formally express plans to run in the 2021 elections, but has consistently ranked number one among prospective voters in a range of informal polling, pulling in up to 47 percent support in polls carried out between October 2020 and April 2021, far above the 6-11 percent support for Ebrahim Raisi, a conservative Muslim cleric who presently serves as Iran’s chief justice.

Iran, US 'May Be Nearing' Nuclear Deal as Vienna Talks Continue Amid 'Flurry of Diplomatic Contacts'

'Not True': White House Rejects Report About US Prisoner Exchange With Iran