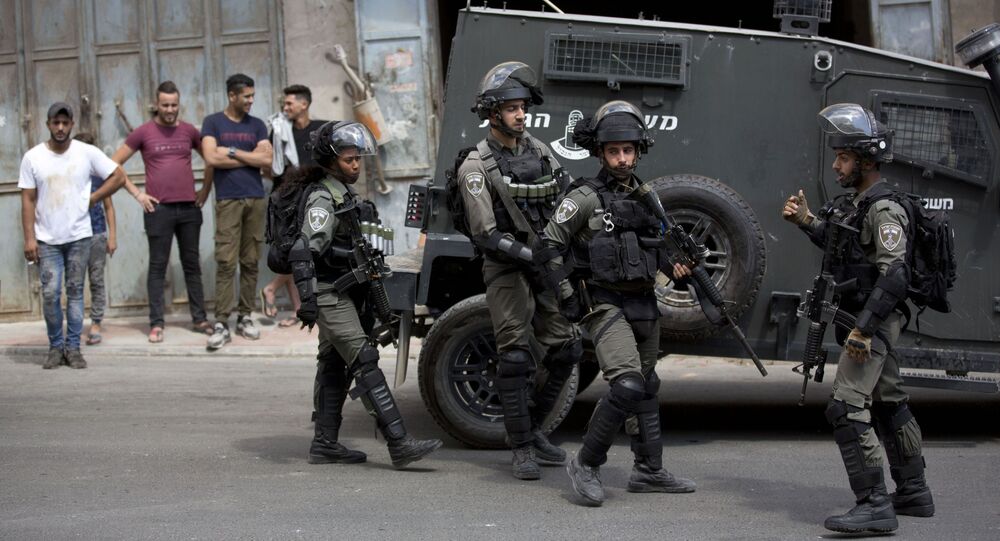 TEL AVIV (Sputnik) - The Israel Defence Forces (IDF) announced on Tuesday arresting several persons and confiscating a vehicle suspected of involvement in the West Bank shooting over the weekend.

"Overnight, we apprehended suspects & confiscated the vehicle suspected of being used in the shooting at Tapuah Junction that wounded 3 Israeli civilians. Both the vehicle and suspects were transferred to security forces. We will apprehend all those involved in the attack", the IDF tweeted.

On Sunday, a passing car opened fire in an area south of Nablus city. The military opened fire at the vehicle, which managed to get away from the scene. According to the ambulance service, at least three people were injured in the incident, two of them are said to be in critical condition.

Israel's control over the West Bank of the Jordan River, considered to be an occupied territory by the United Nations, is one of the main issues that hinder progress in settling the conflict between the Palestinians and the Israelis. Palestine has been demanding that its borderline be reset to the one that existed before the 1967 Six-Day War, but Israel has been refusing to concede.