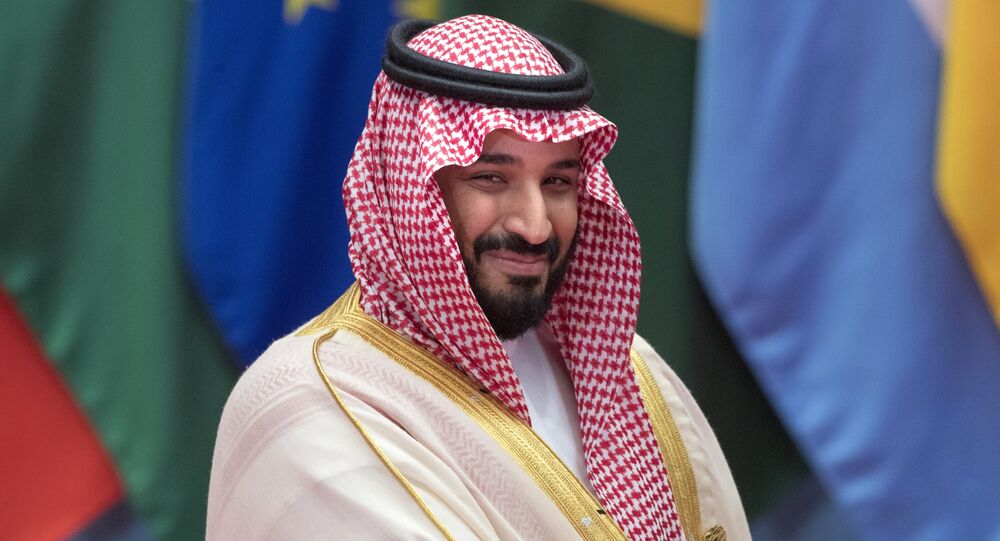 Saudi Arabia has remained one of the US’ largest trading partners in the Middle East, with business ties linked to the founding of the oil-rich kingdom in 1932. US-Saudi ties saw a boost under former US President Donald Trump, who saw his presidency rise alongside the 2017 ascendancy of Saudi Crown Prince Mohammad bin Salman.

Saudi Crown Prince Mohammad bin Salman recently highlighted the importance of the US as its strategic ally, claiming that the kingdom agrees with US President Joe Biden on nearly 90% of his administration's policies.

“We are in agreement throughout 90% of the policy of President Biden,” the crown prince said during an interview that aired on local Saudi television on Tuesday. “We hope to enhance it one way or another.”

The crown prince spoke more in his interview, which aired on Al Arabiya English, about Saudi Arabia’s Vision 2030 plan. He brought up recent efforts by Saudi Arabia to oblige by objectives put in place by the global move towards addressing climate change.

“The last was our adherence to the new group that has important objectives for clean energy and environment. Saudi Arabia was one of the countries that joined,” he added, speaking of recent reports that the country had announced it would join the US, Canada, Norway and Qatar in talks about oil and gas production as it relates to the Paris Agreement on climate change.

“The US is a strategic ally to the kingdom, they are our partners for more than 80 years and this has quite a big impact on the US as well,” Crown Prince Mohammed emphasized, referring to the increase in oil and gas prices, as the country makes efforts to move towards sustainable development.

“You could imagine if the $10 million of oil, cheap oil goes from $3 million to $6 million if their contracts were to go to the UK, the US wouldn’t be in its current situation today.”

The crown prince spoke more on the changing need for oil during the interview, and emphasized Saudi Arabia’s attempts to remain a part of the global efforts. His remarks come after Biden spoke with the King of Saudi Arabia in lieu of the crown prince before the release of a US intelligence report that assessed that the crown prince approved the operation to "capture or kill" journalist Jamal Khashoggi - a longtime critic of the royal family - in October 2018.

In the past, the crown prince has maintained that as the killing took place under his watch, he would be held responsible, but denied any involvement. Still, many see this as a blatant disregard for human rights, which Biden has threatened to bring to justice. The crown prince also spoke on the kingdom’s strategic partnerships with Russia, India and China, but wishes to continue efforts in increasing ties with Iran.

"We are working with our regional and global partners to find solutions to these problems and we hope to overcome them for good relations that benefit everyone," he added, but claimed that his country would not accept interference in its internal affairs.

According to reports, senior Saudi and Iranian officials had direct talks in efforts to improve relations between the neighboring countries. This comes after months of both countries having played a game of drone wars. The crown prince reinforced his efforts to fight against extremist ideology.

US relations in the Middle East have recently undergone a spike in tensions following the announcement by Biden that American forces stationed in Afghanistan would be removed from the Middle Eastern country. The crown prince’s remarks also come on the heels of reports that Qatar would be increasing its US presence following tensions prompted by Saudi-led disputes in the Persian Gulf.