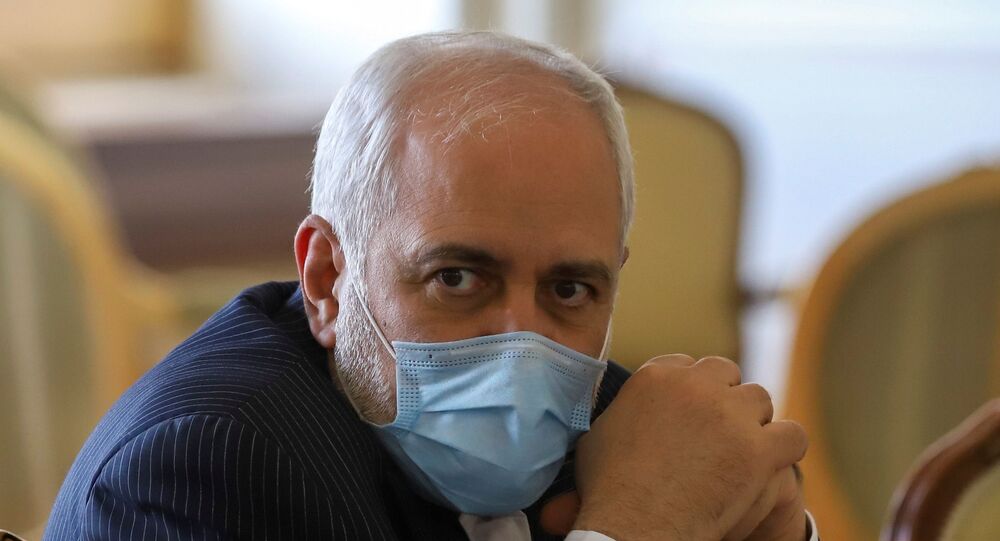 A Foreign Ministry spokesman earlier slammed the "cherry-picking" of excerpts from the interview, saying they do not reflect FM Javad Zarif's views in full and had been ripped out of context.

Iranian President Hassan Rouhani has ordered to carry out an investigation into the circumstances surrounding the leak of an audiotape of Foreign Minister Javad Zarif's interview that was not intended for public release, government spokesperson Ali Rabei revealed. He stated the publication of the recordings, which portrayed the Islamic Revolutionary Guard Corps (IRGC) in a damning light, was the result of a conspiracy because the media outlet that purportedly supports sanctions against Iran was the first to release them.

"The president ordered Iran's Ministry of Intelligence to establish the identity of the people behind this conspiracy. The theft of this file is a conspiracy against the government, political system, and state institutions, as well as the national interests of Iran", Rabei said.

The spokesperson added that Tehran is also waiting for the return of Minister Zarif himself to hear his statements regarding the incident.

The government spokesperson further clarified the origins of the excerpts from Zarif's interview – he was giving it as part of a project to document the history of the eight years of Rouhani's government. The recordings were supposed to be classified and stored in the archives to be studied or used in the future. Nothing was supposed to end up in the media's hands.

The transcript of parts of Zarif's interview was reportedly first published by the London-based news outlet Iran International, which purportedly obtained the recordings. In them, the minister alleges that his powers in the government are limited and that he often has to bow to the demands of the IRGC in his diplomatic efforts. He claims the military calls the shots in Tehran.

Zarif also alleged that late General Qasem Soleimani often got in the way of his work and sometimes harmed the country by his actions. Specifically, the minister claimed that Soleimani tried to thwart the signing of the nuclear deal in 2015. At the same time, Zarif praised his cooperation with the general ahead of the US interventions in Afghanistan and Iraq and said that his assassination by US forces in January 2020 was a huge loss for Iran.

Commenting on the publication of parts of the interview in the media, the Iranian Foreign Ministry condemned it for "cherry-picking" many things out of context and insisted that Zarif meant no disregard to General Soleimani.