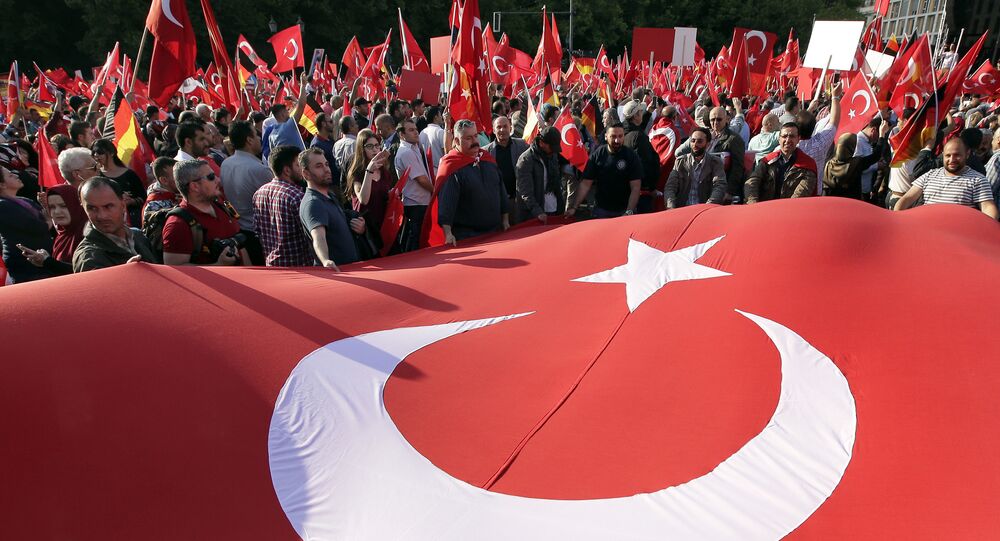 ANKARA (Sputnik) - The leader of Turkey's right-wing Nationalist Movement Party (MHP), Devlet Bahceli, on Tuesday called on the government to put the Russian-made S-400 air defence systems on combat duty in response to US President Joe Biden's official recognition of the 1915 massacre of Armenians in the Ottoman Empire as a genocide.

"According to Article 11 of the Universal Declaration of Human Rights, Biden committed a crime of inciting hatred. In response, our first task should be to activate the S-400 and demand a refund for F-35 [US fighters]. For us, relations with the United States are now at a historic crossroads", Bahceli said while speaking in parliament.

The MHP is in alliance with the ruling Justice and Development Party.

On 24 April the Armenian Remembrance Day, Biden said that "the American people honour all those Armenians who perished in the genocide that began 106 years ago today". Ankara, which denies committing the genocide, condemned the designation and called on Biden to reverse it for the sake of promoting the peaceful coexistence of peoples in the region.