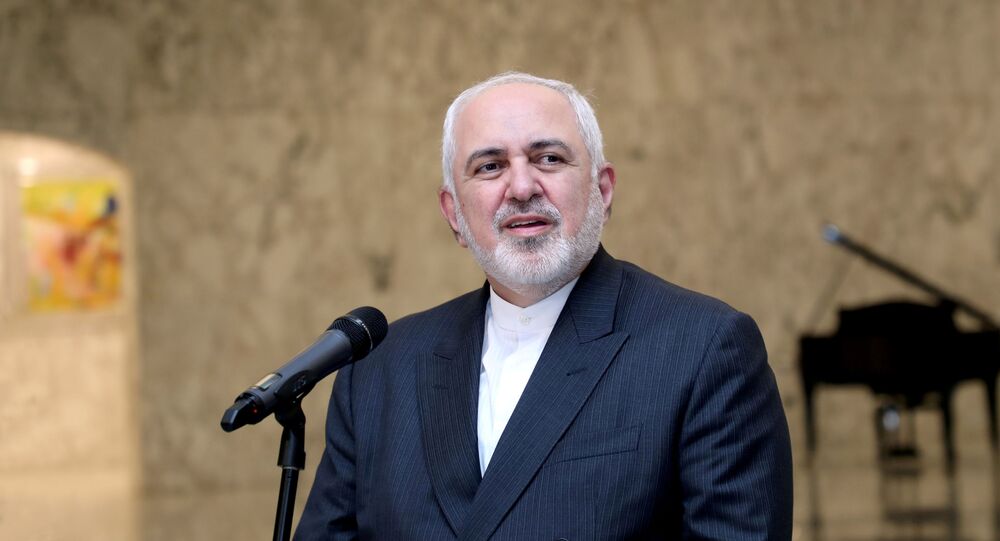 The leaked audio puts Zarif in a complicated position as the top diplomat revealed some of the behind-the-scenes aspects of the internal political process in the Islamic Republic. The minister's allegations about the military making important decisions instead of politicians might affect the upcoming presidential election in the country.

Tehran has not denied the authenticity of the audiotapes of Foreign Minister Javad Zarif talking to Iranian economist Saeed Laylaz on the decision-making process in the republic, but noted that his statements, first published by the news outlet Iran International, were ripped out of context.

"What Zarif has said should be seen as a whole and not cherry-picked", Iran Foreign Ministry spokesman Saeed Khatibzadeh said.

The spokesman said the meeting between Zarif and Laylaz was not supposed to be an interview and its contents were never supposed to be published. The conversation was part of an "oral history" research project by the Iranian economist.

"It was part of a routine and confidential dialogue that takes place within the administration […] The Foreign Ministry had no role in selecting the interviewing team and operators and in keeping the files. We do not know who did this and why", Khatibzadeh said.

In the recorded conversation with Laylaz, Zarif made a number of statements about the peculiarities of political processes in Tehran. He namely alleged that the Islamic Revolutionary Guards Corps (IRGC) call all the shots and have the power to overrule Zarif's Foreign Ministry.

The minister further complained that his authority is significantly constricted by both the IRGC and Supreme Leader Ayatollah Ali Khamenei. The latter recently "forcefully rebuked" the foreign minister for straying from the official line by stating that Tehran is ready to work directly with the US in order to restore the nuclear deal, Zarif claims in the recording.

In the leaked audio, the foreign minister also makes several controversial statements regarding late Quds Force General Qasem Soleimani, who was assassinated on 2 January 2020 by US forces in Iraq. Zarif alleged that Soleimani's actions sometimes did more damage than good, claiming that the general tried to thwart the signing of the nuclear deal in 2015 and purportedly conspired with Russia for this purpose. Moscow, however, has always openly supported the signing of the nuclear accord with Iran and currently insists that the deal must be revived.

The minister does not explain how the deal ended up being signed despite opposition by such top military brass as Soleimani if the nation is really run by the armed forces.

At the same time, Zarif was not entirely critical of Soleimani, specifically praising productive cooperation with him in the days preceding the start of the US invasions in Afghanistan and Iraq. He further stated that the US assassination of the general was indeed a heavy loss for the Islamic Republic.

Zarif's statements might potentially affect a number of processes currently taking place in Iran. The country is currently engaged in discussions on restoring the nuclear deal. It is unclear what stage the negotiations in Vienna are at right now, but Iran claimed last Tuesday that around 60% of all disagreements have been resolved.

In addition, Iran is also facing a presidential election, which might see Hassan Rouhani, who is, just like Zarif, perceived as a member of the moderate reformist force and a proponent of the nuclear accord, replaced by a more hawkish president. The election is scheduled to take place on 18 June 2021.