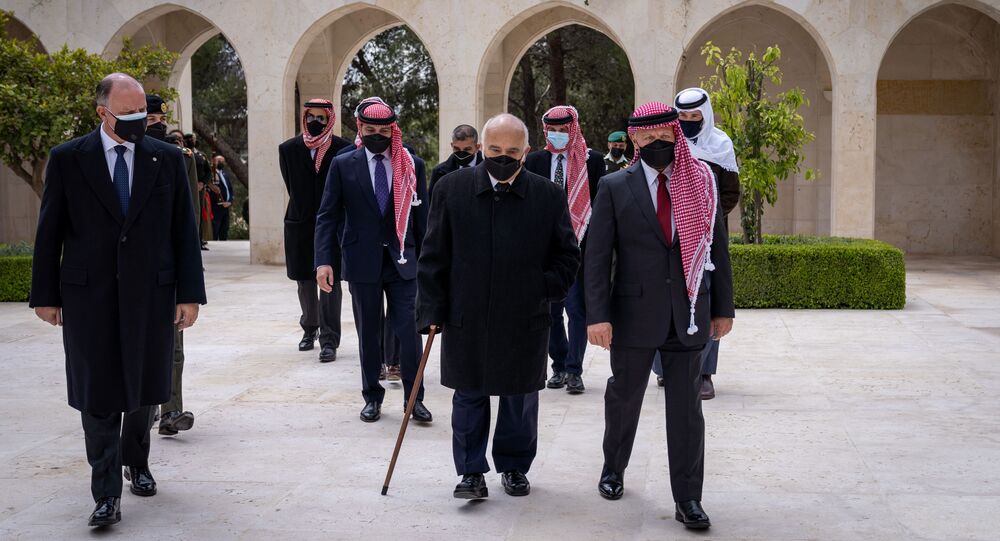 The Royal Hashemite Court (RHC) said earlier in the day that King of Jordan Abdullah II urged the competent authorities to release the suspects in the case of "undermining the security of the state."

According to the media outlet, 16 people were released during "the month of mercy and forgiveness" — Ramadan.

The rift opened up in the royal family after several high-level officials were arrested over a security breach earlier in April. Former crown prince, Hamzah bin Al-Hussein, said on April 4 that he was under house arrest after he was told to stop actions that undermined national stability, as part of a broader security probe. Jordanian authorities said that Hamzah and two other officials had made contacts with foreign intelligence with a view to destabilize the kingdom.

In the aftermath, the RHC said on April 5 that Hamzah had sworn loyalty to King Abdullah II. Soon, the Jordanian ruler said that the situation had been resolved.

The 41-year old prince — the elder son of the late King Hussein from his fourth wife, Queen Noor — became first in line to the throne after he was named crown prince in 1999. However, the current king removed Hamzah's title of crown prince in 2004 and conferred it on his son Hussein, who is 26 years old now.