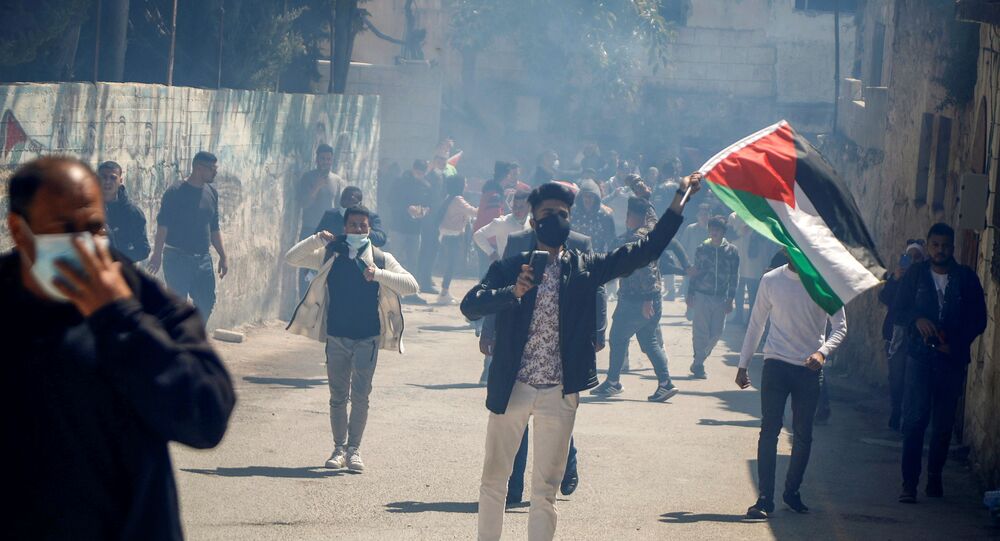 In the past, the UN body has been slammed for alleged corruption, the uneven distribution of funds and excessive spending but Sami Shaashaa says these accusations are groundless and aimed at delegitimising the agency.

So far, 2021 has been positive for the Palestinians.

The Biden administration that came to power in January replaced Donald Trump, whom the PA considered hostile. In March, Washington announced it would grant the PA and authorities in Gaza $15 million to fight the impact of COVID-19 and food insecurity. Recently, the White House has also decided to restore most of its $360 million assistance package, which was significantly trimmed in 2018.

In the West Bank and Gaza, the anticipation of such generous donations has already lifted spirits, and Sami Shaashaa, the spokesman of UNRWA in the West Bank, says he welcomes the decision of President Biden to resume US assistance to his organisation.

"We are happy at the decision as it will help millions of Palestinian refugees to overcome their ongoing economic suffering."

The past couple of years have been particularly challenging for the Palestinians. Many donors have trimmed their assistance to their cause, while the coronavirus pandemic that erupted in February 2020 didn't make the situation any easier, shattering the already fragile economy.

In the fourth quarter of 2020, unemployment in the West Bank stood at 15 percent. In the Gaza Strip nearly 50 percent of the population was reported as unemployed. Poverty rates have also gone up, with a World Bank Report suggesting that nearly 30 percent of the Palestinians had been pushed into dire economic conditions.

Now, with millions of dollars expected to be unlocked, UNRWA can breathe a sigh of relief and Shaashaa says the money will be used wisely.

"We will be investing this money into education and health projects as well as the provision of food and other sustainable development initiatives, including water desalination."

The UNRWA has a strong presence in the West Bank and Gaza, where it employs thousands of employees and operates dozens of schools, medical institutions and various centres.

They are also involved in reducing poverty in the Palestinian refugees camps, promoting the role of women, and improving the region's environmental conditions -- projects that require generous cash donations.

Previously, their work has been widely criticised. The organisation was accused of corruption, the unwise distribution of funds and excessive spending.

They have also been blamed for supporting Fatah and Hamas, and for fuelling hatred through textbooks that are used in various UNRWA schools across the West Bank and Gaza.

But for Shaashaa these and similar claims are groundless, and he says that his organisation is committed to "easing the Palestinian suffering".

"Since its establishment in 1949, UNRWA has been doing its best to provide Palestinian refugees with all necessary services. These accusations stem from the desire to push [donor nations] to reduce our funds and hurt our organisation that has so far played a pivotal role in assisting families in need."

Shaashaa is not taken aback by the accusations thrown his way. Nor does he take it personally. Rather, he has vowed to continue the fight for the cause.

"UNRWA will continue to provide services to the Palestinian population. They have been suffering from the lack of funds and ongoing crisis, and we will make sure to adopt an emergency plan that will put (the servicing of) their needs back on track."