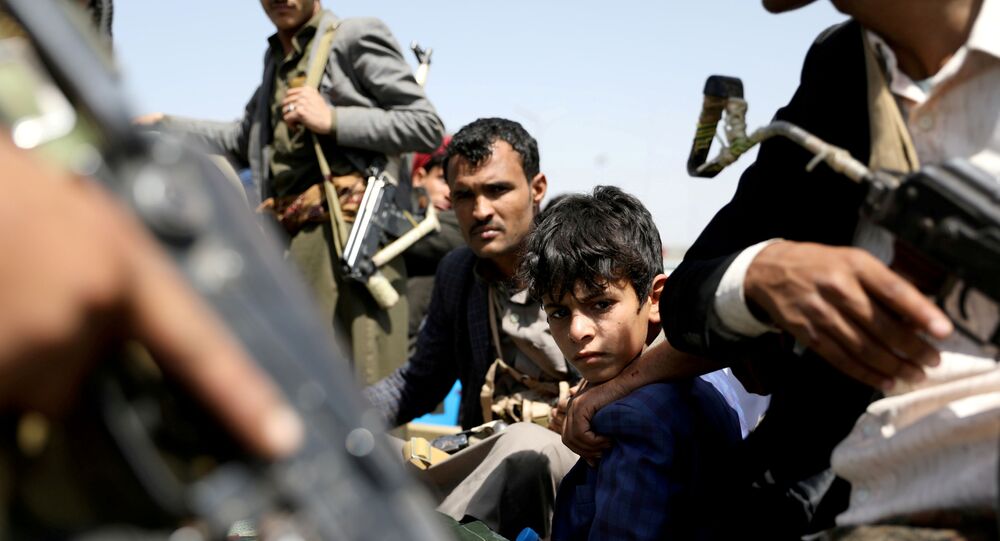 Yemen has been torn by a civil war since 2014, which entered new phase after country's president-in-exile, Abd Rabbu Mansour Hadi, requested military support from Riyadh to fight the armed Houthi political opposition movement. Saudi military bases and infrastructure have been under regular attacks since the kingdom entered the war in 2015.

The Saudi-led military coalition, fighting against Yemen's armed Houthi faction, said on Thursday that it prevented a bomb-laden drone attack, Al Ekhbariya TV reported. A "Qasef 2K" drone was fired toward the southern Saudi city of Khamis Mushait, reportedly targeting the King Khalid air base, according to an official Houthi statement.

"The shelling is carried out as part of a natural and legitimate response to the rising aggression and the all-encompassing siege of our country," the Twitter post from Houthi spokesperson Yahya Sarea reads.

Sarea also noted that the damage "was accurate."

Hostilities have continued in Yemen - the poorest country in the Middle East - since August 2014, between the forces loyal to the government in exile, and the Houthi opposition faction, who control northern Yemen and are fighting for broader autonomy and representation in government. A coalition of a few Arab states that was formed by Saudi Arabia has been fighting on the side of the exiled president, Hadi, who has been living in Riyadh since March 2015 after being ousted following a contentious and hotly-debated election. The Houthis regularly bombard neighboring Saudi areas in response to the coalition's attacks on northern Yemen and an ongoing blockade of the country's crucial infrastructure.

Houthis Claim to Have Launched Multiple Drones at Saudi Targets, Including Aramco Refineries