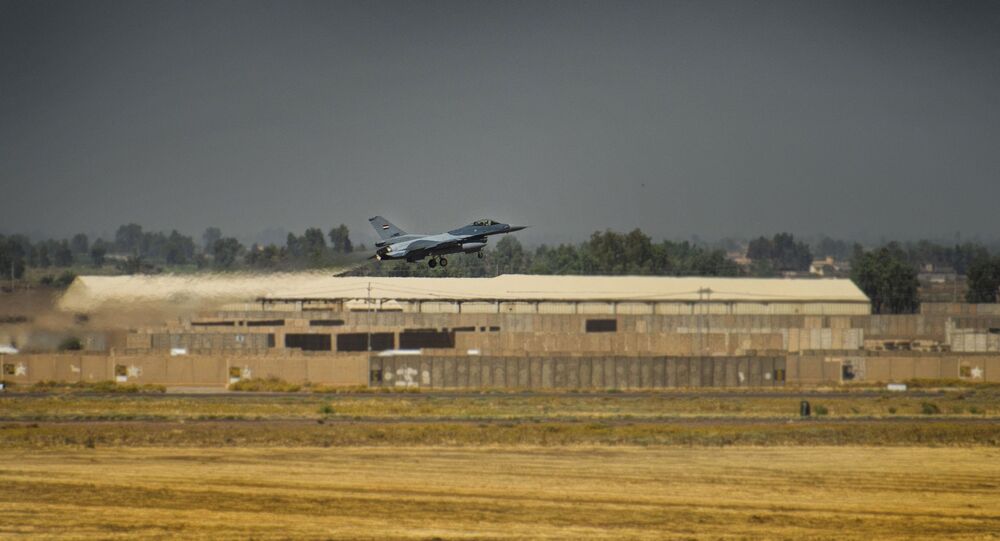 The base, situated north of the capital Baghdad, has repeatedly come under rocket attacks. In February, a similar incident injured two people.

Five rockets have targeted Iraq's Balad Air Base, the country's security officials said on Sunday. According to the officials, the Katyusha rockets landed in an area hosting US contractors. However, there were no reports of any casualties in the attack and no group has claimed responsibility for it.

Earlier this month, two rockets landed near the base without causing any casualties.

In late February, two employees of the base suffered injuries after three missiles hit the facility.

The base was returned to the Iraqi Air Force in 2011 after the US withdrawal from the country. The United States, however, still maintains a military presence in Iraq.

American troops have repeatedly been targeted by Iraqi militias since the assassination of top Iranian General Qasem Soleimani. His killing also prompted Iraq's parliament to demand that the US pull out from the country.

Earlier this month, Washington and Baghdad agreed there would eventually be no foreign military bases in Iraq.