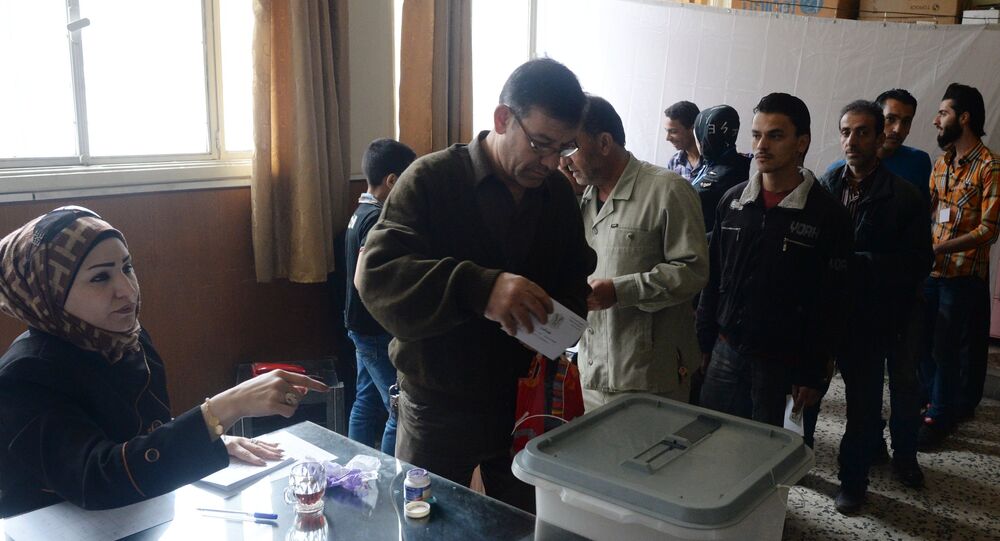 Syria to Hold Presidential Elections on 26 May, People's Assembly States

The Middle Eastern nation has been engulfed in a civil war since 2011, with various groups of militants fighting against the government, led by Syrian President Bashar Assad.

The Syrian parliament announced on Sunday that presidential elections will be held on 26 May, adding that the nomination of candidates will start on Monday, 19 April. At the same time, citizens who live abroad will be able to cast their ballots early on 20 May.

The prospects of a nationwide vote this spring were previously criticised by the US, Great Britain, France, Italy, and Germany, saying in a joint statement that the elections should not lead to any international normalisation with Damascus.

© AP Photo / Hassan Ammar
In this July 15, 2018 file photo, a Syrian national flag with a picture of Syrian President Bashar Assad flies at an Army check point, in the town of Douma in the eastern Ghouta region, near Damascus, Syria.

The situation in the country remains tense, as terrorists continue to carry out attacks against the Syrian Army in the Idlib de-escalation zone. At the same time, American military forces are still present in Syria, despite their presence not having been approved by Damascus or mandated by the United Nations.