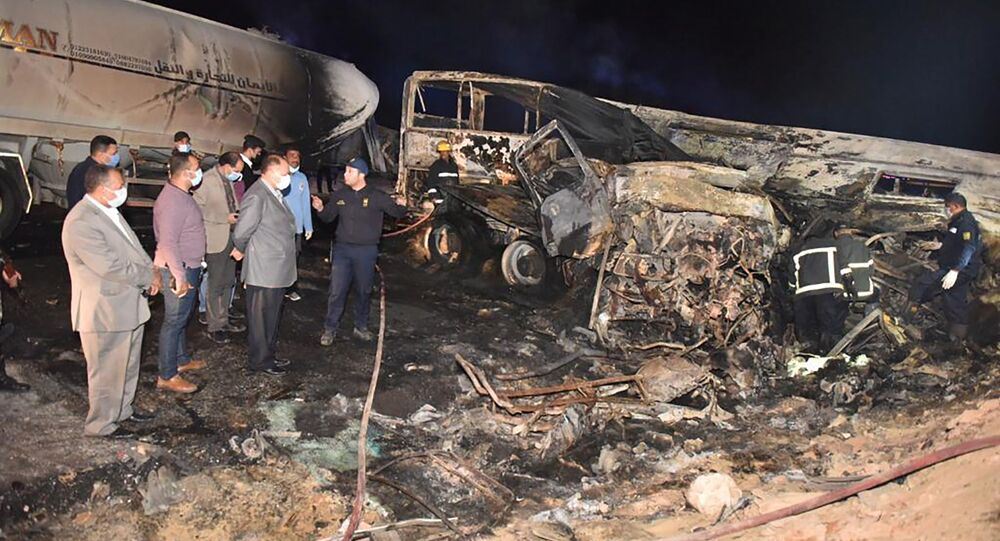 Another train was reportedly heading in the opposite direction but managed to stop and avoid a collision.

The national Ministry of Health confirmed later that the number of people, who have been injured as a result of a passenger train's derailment in the northern Egyptian province of Sharqia, has reached 15.

"The train accident in Sharqia left 15 people injured. No people have died," the ministry said in a statement.

Photos in social networks show at least two train cars that have derailed.