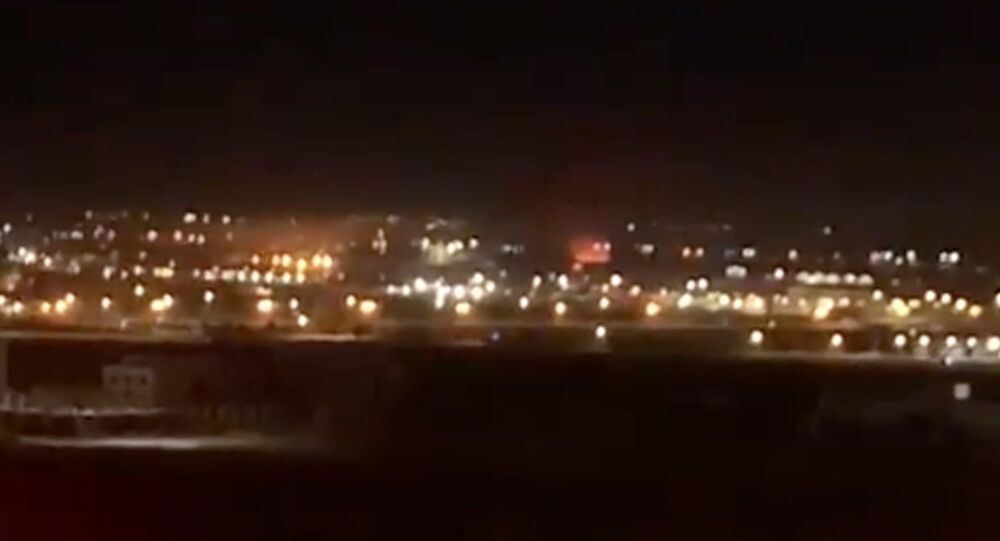 Iraqi military bases housing American troops have come under fire from militia forces in northern Iraq for some time. In February, multiple rockets were launched against a military base near the Erbil International Airport that left one military contractor dead and injured several others.

Explosions have sounded off near Iraq's Erbil International Airport on Wednesday, with reports surfacing that additional strikes were reported on Turkish military camps in nearby areas.

A security source informed Sputnik that in addition to the missile that struck the Erbil airport, there were two other unidentified rockets that hit a Turkish military camp in Bashiqa and an undisclosed village.

"A missile fell on the territory of the military camp of the Turkish Armed Forces in the city of Bashiqa," the source said, adding that there was no information about casualties. The source further noted that "another missile fell in a nearby village, as a result of which a civilian was wounded."

Footage shared on social media show several first responder teams making their way to the scene as smoke billows in the air at the Erbil airfield.

​Unconfirmed reports indicate that the rocket that was deployed in Erbil was meant to strike a warehouse located on the grounds.

A Wednesday statement released by the Turkish Ministry of Defense states the attack killed one Turkish soldier. A child was also injured during the incident. Turkey has sent combat drones to the area, according to the statement.

"Today, a missile strike has hit the Bashiqa military camp in northern Iraq. One of the three fired rockets has hit the area of the base, two more [a nearby] village. As a result of the attack, our brother-in-arms has been killed and a child in the village has been injured," the Defense Ministry said.

Later in the day, the regional Interior Ministry said in a statement obtained by Sputnik that the attack on the international airport of Erbil in Iraqi Kurdistan was carried out with a drone, adding that nobody was injured.

"After the investigation and taking the following measures by the relevant bodies concerning causes of the explosion, which was heard at night in the international airport of Erbil, it was found out that the sound of the blast was caused by the drone that was carrying the TNT explosive and targeted the facility of the international coalition forces in the airport," the statement reads.

"Fortunately, the explosion caused no casualties, however, it inflicted material damage to one of the buildings. The investigation is carried out to determine from where and by whom the drone was launched," the ministry added.

Masrour Barzani, who serves as the prime minister of the Iraqi Kurdistan, condemned the "terror attacks" via Twitter, noting that the strikes are a "blatant attempt to undermine our security at home and our cooperation with the global coalition."

The distance between Bashiqa and Erbil is roughly 50 miles.