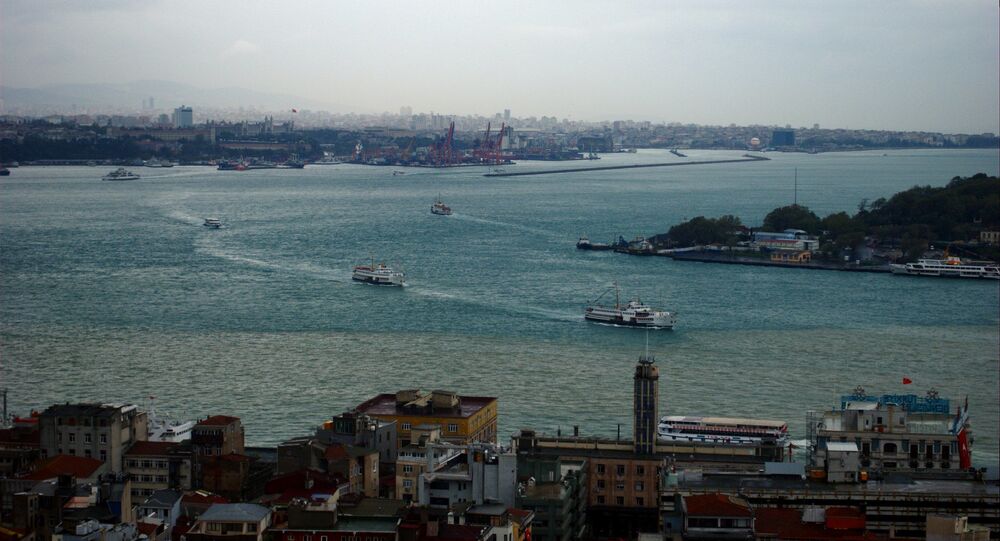 Over 100 retired Turkish admirals had published a letter highlighting the need for the country to stay in the Montreux convention amid plans to build a huge canal on the edge of Istanbul. Ankara has, however, stressed that the implementation of the Istanbul Canal project does not mean that Turkey wants to abandon the convention.

An Ankara court has ordered the release of ten retired Turkish admirals who were detained earlier this month for signing a declaration in defense of the Montreux convention, NTV reports.

The ten admirals are being released on a signature bond, NTV said on Tuesday.

Earlier, lawyer Celal Ulgen told Sputnik that the Ankara Chief Public Prosecutor's Office had demanded the arrest of one of the retired admirals, Ergun Mengi, who signed the collective letter in defense of the Montreux convention, and was asking for nine more admirals to be subject to house arrest.

Ten of the retired admirals were detained the day after the letter was published on April 4. Ulgen told Sputnik on Thursday, April 8, that the detention of the ten admirals had been extended by four days.

Turkish President Recep Tayyip Erdogan has condemned the retired admirals' letter saying that the military has no right to interfere in politics. Erdogan has, however, reaffirmed Turkey's commitment to the convention.

Turkish Foreign Minister Mevlut Cavusoglu has stressed that the implementation of the Istanbul Canal project does not mean that Turkey wants to abandon the 1936 agreement that regulates shipping, as well as the transit of naval warships, through the Bosporus and Dardanelles straits.

Russian President Vladimir Putin told Erdogan on Friday about the importance of preserving the regime of the Black Sea straits under the Montreux Convention, in order to ensure regional security.

The Montreux Convention was adopted in 1936 in an attempt to guarantee freedom of passage through the strategic Bosporus and Dardanelles straits for merchant ships of all countries, both in peace and wartime.