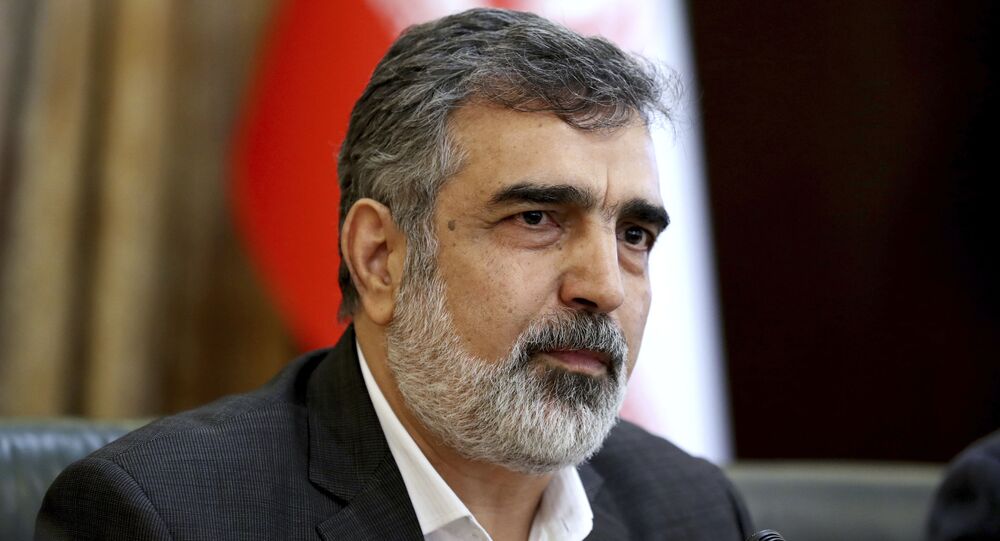 Earlier in the day, one of Iran's biggest nuclear facilities, Natanz, suffered an "accident" that Tehran has described as "nuclear terrorism". Some in the Israeli media have pointed their finger at Tel Aviv, alleging that a cyberattack carried out by Israel could be the culprit.

A spokesman for the Iranian Atomic Energy Organisation, Behrouz Kamalvandi, had an "accident" when travelling to Kashan on Sunday to visit the Natanz facility that was earlier hit by an "incident", Iranian news agency Irib reported.

According to the report, Kamalvandi fell from a seven-metre height. Irib, quoting the president of Kashan University of Medical Sciences, Dr. Seyed Alireza Moroji, said that the condition of the spokesman is good, but he had suffered injuries on his head and an ankle.

Kamalvandi was reportedly taken to the Ayatollah Yathribi Hospital in Kashan, where he received treatment.

His visit to Natanz, alongside the head of the Atomic Energy Organization of Iran, Ali Akbar Salehi, took place shortly after the nuclear facility suffered an "incident" that affected its power grid. According to Kamalvandi earlier detailing the incident, it did not lead to pollution or casualties, and an investigation has been launched.

Tehran dubbed the incident "nuclear terrorism" and reserves the right to respond appropriately to those behind the "heinous attack".

Some Israeli media, particularly The Jerusalem Post, alleged that what happened to Nataz was not an accident, but rather a "cyberattack" conducted by Mossad, the Israeli intelligence agency. The chief of the Israeli Defense Forces (IDF) on Sunday delivered remarks seen by many as hinting of Israeli involvement.

“The Israel Defense Forces’ actions throughout the Middle East are not hidden from our enemies’ eyes. They are watching us, seeing our capabilities and carefully considering their next steps,” Kohavi said.

Earlier in 2010, Natanz's centrifuges, according to Tehran, were damaged after a hacker attack. While Iran did not provide any additional details at the time, several cybersecurity agencies said that that the nuclear facility had fallen victim to a cyberattack conducted with the help of the Stuxnet virus, a software hacking tool reportedly developed between Israeli and American specialists.