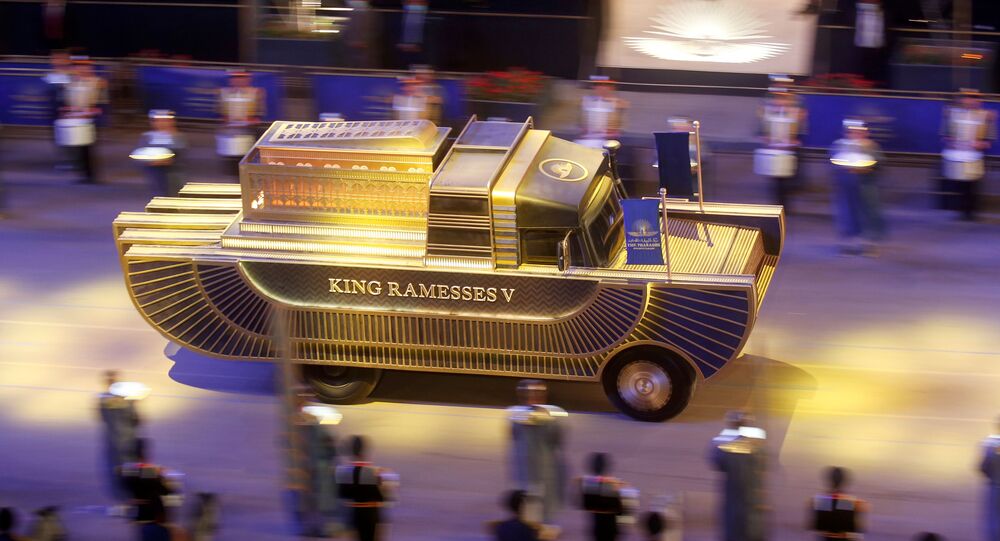 The ceremonial transportation of the mummies across Cairo has been linked to a number of calamities in Egypt as of late, including the blockage of the Suez Canal.

The recent transfer of some 22 mummies of Ancient Egyptian rulers from the Egyptian Museum in Tahrir Square to the new National Museum of Egyptian Civilisation (NMEC) has sparked “some fears” related to the so-called Curse of the Pharaohs, the Daily Express reports.

The curse, which is alleged to befall those who disturb an Egyptian mummy, garnered public attention back in the 1920s following the deaths of several members of Howard Carter’s archaeological team who opened the tomb of Tutankhamun.

And now, the newspaper claims, some people are blaming a number of calamities that have recently occurred in Egypt – such as train crash, building collapse in Cairo, and the blockage of the Suez Canal – on the mummy transfer (the so called "Golden Parade").

"There is no such thing as a curse, just a lot of superstitious people," said Zahi Hawass, prominent Egyptian archaeologist and former minister of state for antiquities affairs.

The mummified remains of the 18 pharaohs and four queens were transported across Cairo in a formal ceremony on Saturday.

Each mummy was transported on an individual float and stored in a capsule filled with nitrogen to provide additional protection, with the procession commencing with a 21-gun salute.

"By doing it like this, with great pomp and circumstance, the mummies are getting their due,” said archaeologist Salima Ikram. “These are the kings of Egypt, these are the pharaohs. And so it is a way of showing respect."