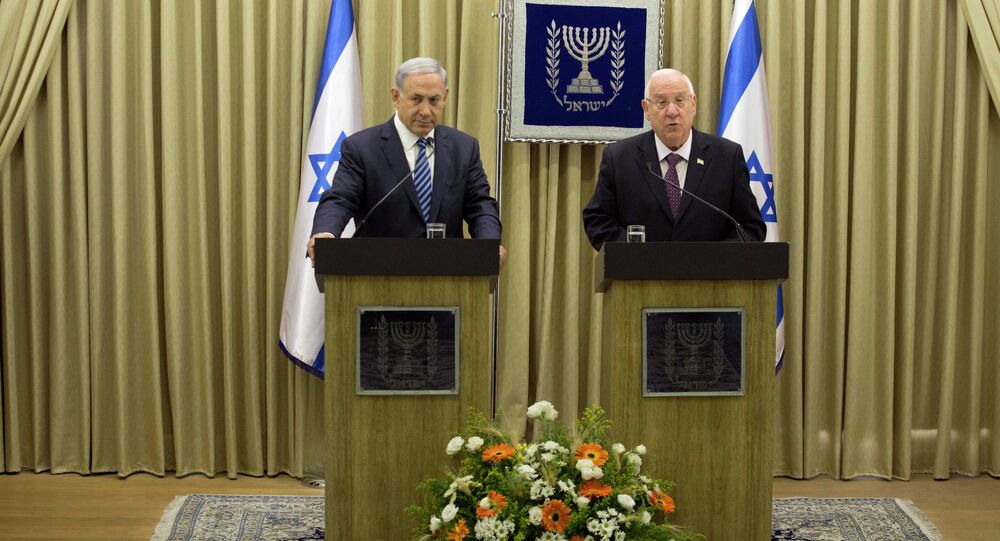 Israeli President Reuven Rivlin tasked current Prime Minister Benjamin Netanyahu to form a new coalition government on Tuesday, saying the criminal charges Netanyahu faces are not a roadblock to his ability to serve, even if they may pose "moral and ethical" questions.

"I have come to a decision based on the number of recommendations, which indicates that MK Benjamin Netanyahu has a slightly higher chance of forming a government. Accordingly, I have decided to entrust him with the task of doing so," he added. "This is not an easy decision on a moral and ethical basis, in my mind. As I said at the beginning of my remarks, the State of Israel is not to be taken for granted. And I fear for my country."

Nevertheless, Rivlin argued, his decision was based on what his required of him as president by law, by the courts, and in "realizing the will of the sovereign - the Israeli people."

I have come to a decision based on the numbers of recommendations, which indicates that MK Benjamin Netanyahu has a slightly higher chance of forming a government. Accordingly, I have decided to entrust him with the task of doing so.

The president also noted that his consultations with lawmakers led him to believe that no candidate actually has a "realistic chance" at forming a government that would gain the confidence of the Knesset, and said he would give the decision back to the legislature if the law allowed him to do so.

I know the position held by many, that the president should not give the role to a candidate that is facing criminal charges, but according to the law and the decision of the courts, a prime minister can continue in his role even when he is facing charges.

Netanyahu now has one month to cobble together a new coalition government. His Likud Party won 30 of the Knesset's 120 seats in the 23 March election. 61 seats are necessary to form a government.

The previous government, put together after the 2 March 2020 elections, included Likud's rivals - Blue and White, led by former IDF commander Benny Gantz. The Likud-Blue and White government collapsed in December after months of bickering over the budget, leading to the March 2021 elections. Gantz warned Saturday that a new "extreme far-right government headed by Benjamin Netanyahu" would create an "unbalanced" situation that would be "a disaster" for Israel. The prime minister, meanwhile, said he felt a "stable right-wing  government" was "possible" to continue the "struggle for the homeland," including the "battle against" an Iran seeking to return to the nuclear deal.

© REUTERS / RONEN ZVULUN
Israel’s Kingmaker: Why Mansour Abbas And United Arab List Could Hold Key To Power For Netanyahu
It's unclear whether Netanyahu's dreams of a new "right-wing government" will be possible, with Likud and its traditional conservative allies such as United Torah Judaism combined receiving far less than the 61 seats needed to form a coalition. Other right-wing parties, chief among them former defence minister Avigdor Lieberman's Yisrael Beiteinu, have viciously attacked Netanyahu in the past and vowed not to form any coalitions with him. After the election results became clear late last month, some observers even speculated that a desparate Netanyahu might  tap the United Arab List and its four MK mandates to cobble together some kind of coalition. It's almost impossible to imagine how such a coalition could work, as the United Arab List is an Islamist and anti-Zionist party looking out for the interests of Israeli Arabs.

If Netanyahu is not able to form a government, and no other MKs tapped by the president can do so either, another round of elections will be called. Israel has been in a political deadlock since April 2019, with four rounds of elections since then not enabling any party to form a stable governing coalition.

Netanyahu's corruption trial resumed on Monday. The prime minister is charged with fraud, breach of trust, pay-to-play politicking and graft. He denies all charges against him.