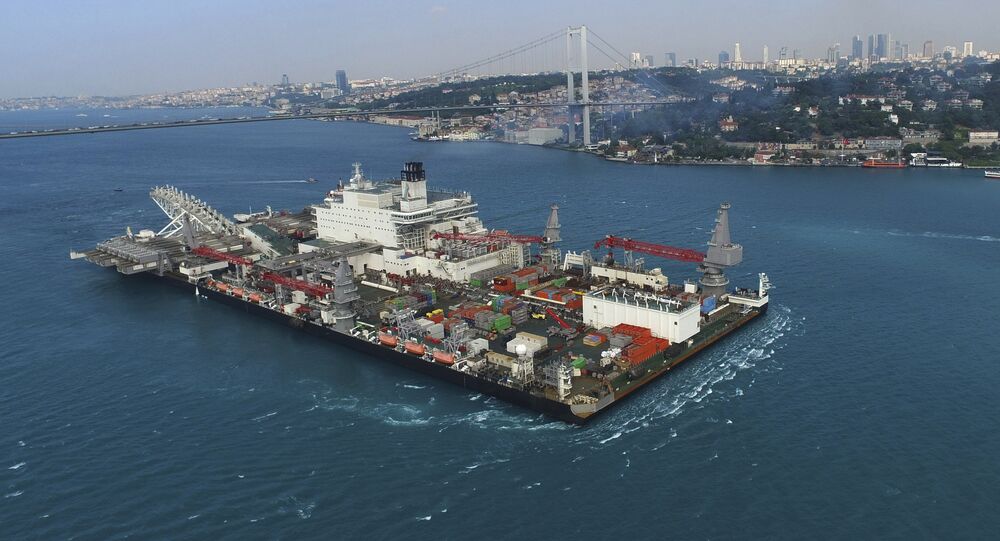 This comes after 104 retired Turkish admirals signed an open letter last week criticising the Kanal Istanbul project, an artificial seaway that will connect the Black Sea north of Istanbul to the Marmara Sea to the south to ease traffic in the Bosphorus Strait.

A statement by former admirals in support of the Montreaux Convention maritime accord had implications of a coup, Turkish President Tayyip Erdogan said on Monday.

"This event in the middle of the night is unacceptable in a country where there have been military coups. No retired military man can interfere with political issues. It has nothing to do with freedom of speech. Even if they were admirals, they have no right to slander our glorious armed forces," Erdogan said in a televised address.

Erdogan also urged people against linking the Istanbul canal with the Montreaux Convention but reaffirmed Turkey's commitment to the pact.

"The address touches upon the subject of the Montreux Convention. We know from history that this is an important victory for its time. We continue our commitment to the Montreux Convention. But the appeal went completely beyond the scope of this topic. Linking the Istanbul Canal with Montreux is completely wrong. This is a project that will strengthen our independence. We do not have the slightest intention or plans to leave Montreux," Erdogan said.

On Sunday, 103 retired Turkish admirals published a letter highlighting the need for the country to stay in the Montreux convention amid plans to build a huge canal on the edge of Istanbul, which would not be covered by the treaty. In addition, the letter spoke in favour of keeping the current constitution against the backdrop of Erdogan’s calls for a new basic law. The admirals also criticised the military top brass for alleged departure from the path outlined by Turkish founding father Mustafa Kemal Ataturk. On Monday, media reported that 10 of the retired admirals had been detained.