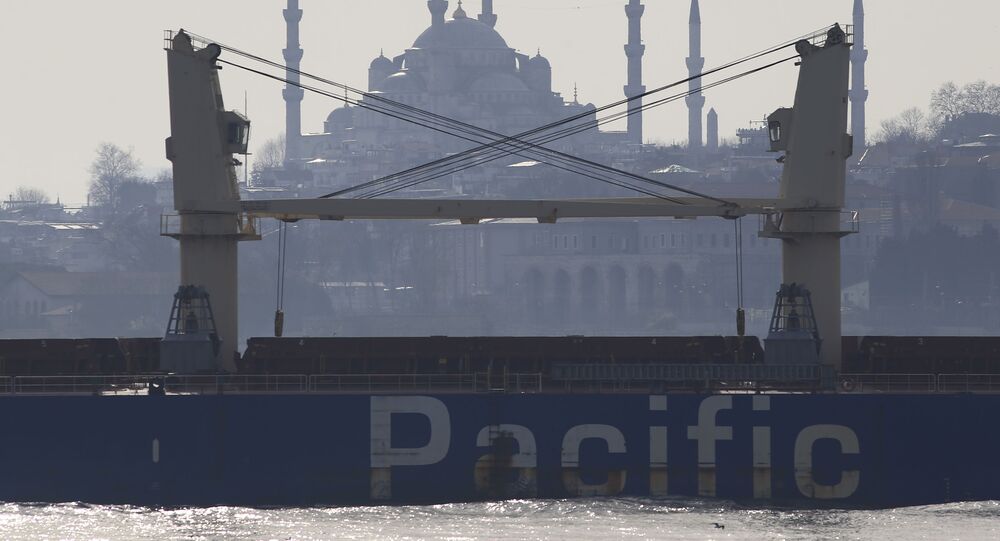 ANKARA (Sputnik) - An open letter was signed by 103 retired Turkish admirals who highlighted the need for Turkey to stay in the Montreux convention, which determines the status of Bosporus and Dardanelles straits, in light of the Istanbul Canal project, which would not be covered by the treaty.

"Recently, we have been following with great concern the discussion about the Istanbul Canal and the Montreux Convention in the context of the jurisdiction over which international treaties can be abrogated. The Turkish Straits are some of the most important waterways in the world and have historically been governed in accordance with international treaties. Montreux protects Turkey's rights in the best way," the retired admirals said in the letter.

The convention is "a great diplomatic victory that restored Turkey's sovereign rights to Istanbul, the Sea of Marmara, the Bosphorus and Dardanelles," the letter continued.

The letter also expressed the need to preserve the current constitution of Turkey against the background of calls by Erdogan to develop a new basic law, and condemned the departure of the leadership of the Turkish Armed Forces from "the path outlined [by the founder of the republic] Mustafa Kemal Ataturk."

Parliament Speaker Mustafa Sentop slammed the letter, suggesting that it was calling for a coup.

The president's office has sharply criticized the letter.

'Who are you? Know your place! Our people showed on July 15 [2016] to friend and foe alike how we deal with coup attempts," the head of the presidential administration's communications, Fahrettin Altun, tweeted.

Presidential Spokesman Ibrahim Kalin said that the retired officers put themselves in a "pathetic and ridiculous" situation with this letter.

The planned channel would run near the Bosporus strait and have similar shipping traffic capacity. Turkish President Recep Tayyip Erdogan has said that the Montreux Convention which focuses on the passage of ships through the Bosporus strait would not apply to the new waterway. At the same time, according to Foreign Minister Mevlut Cavusoglu, the project's aim is not for Turkey to abandon the convention.

The Montreux Convention was adopted in 1936 and guarantees the freedom of passage through the straits for merchant ships of all countries; both in peacetime and in wartime. However, the rules of passage of warships are different for the Black Sea states and others. For the warships of the non-Black Sea powers, significant restrictions on class and duration of stay have been introduced.