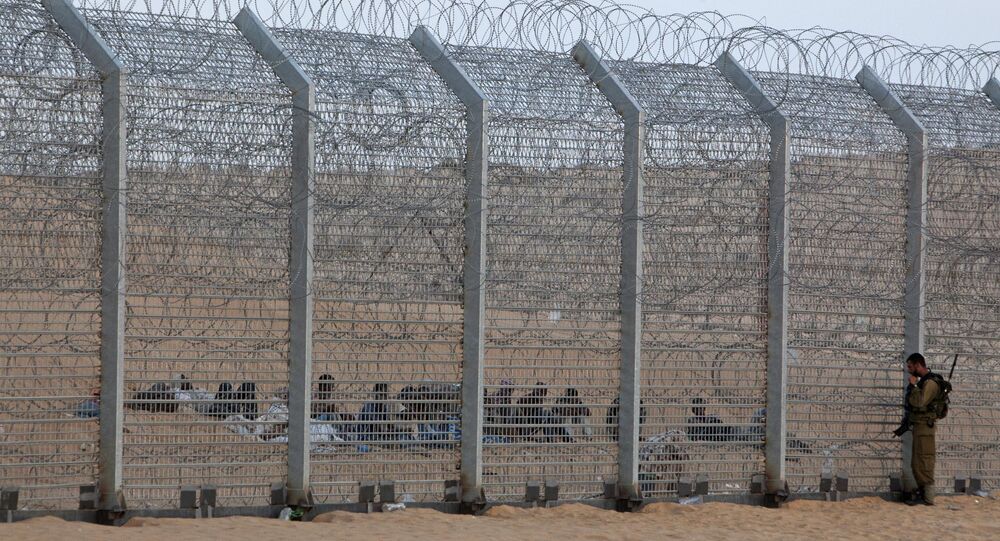 MOSCOW (Sputnik) - The Israel Defence Forces (IDF) have foiled an attempt by smugglers to traffic illegal drugs across the border from Egypt in the second such incident over the past week, The Jerusalem Post reported on Friday, citing the IDF Spokesperson's Unit.

The incident took place in the early hours of Friday, when IDF servicemen spotted an unspecified number of suspect drug smugglers along the Egyptian border. Servicemen reportedly seized 50 kilograms (110 pounds) of narcotics worth 1 million Israeli shekels ($300,000), and also confiscated the vehicle of the smugglers.

A similar incident occurred early on Thursday, when a group of smugglers tried to traffic illegal drugs from Egypt to Israel. Israeli officers confiscated 90 kilograms of drugs worth 2 million shekels and confiscated the smugglers' car, giving it to the police, according to the IDF's Twitter account.