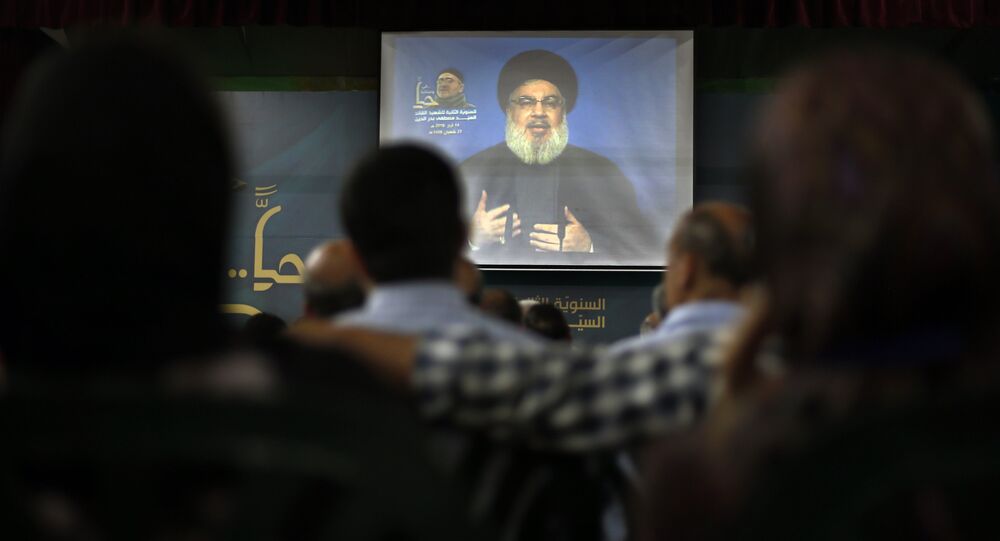 The idea of a Greater Israel stems from the vague description of Jewish lands in the Book of Genesis. These lands allegedly spanned "from the brook of Egypt to the Euphrates". However, leaders in present-day Israel have not publicly committed to expanding the country's territory to these boundaries.

Hezbollah leader Sayyed Hassan Nasrallah has claimed that Israel and the US are seeking to expand the territory of the Jewish state to the Nile on the one end and to the Euphrates on the other.

"The axis is still seeking to realise the dream of the Nile to the Euphrates", Nasrallah said during a televised address.

The leader of the Lebanon-based group added that the two countries purportedly use "sectarian and religious plots" in order to "paint" regional conflicts as "sectarian" ones and thus achieve their alleged goals.

Nasrallah cited unspecified reports as the source for his conclusion regarding the US and Israeli goals of seizing lands between the Nile and the Euphrates. He referred to the idea of "Greater Israel" – a territory that Jewish people allegedly populated centuries ago and only vaguely described in the Book of Genesis as spanning "from the brook of Egypt to the Euphrates". The unsubstantiated allegations that Israel and the US are pursuing the restoration of "Greater Israel" have been around for some time and were even perpetuated by the late leader of al-Qaeda* Osama bin Laden.

However, neither Israeli nor American officials have declared that expanding Israel's borders to these boundaries is their goal. Furthermore, Israeli Prime Minister Ehud Olmert in 2008 stated that "Greater Israel is over" and stressed that anybody who supports the idea of restoring it, is "deluding themselves".