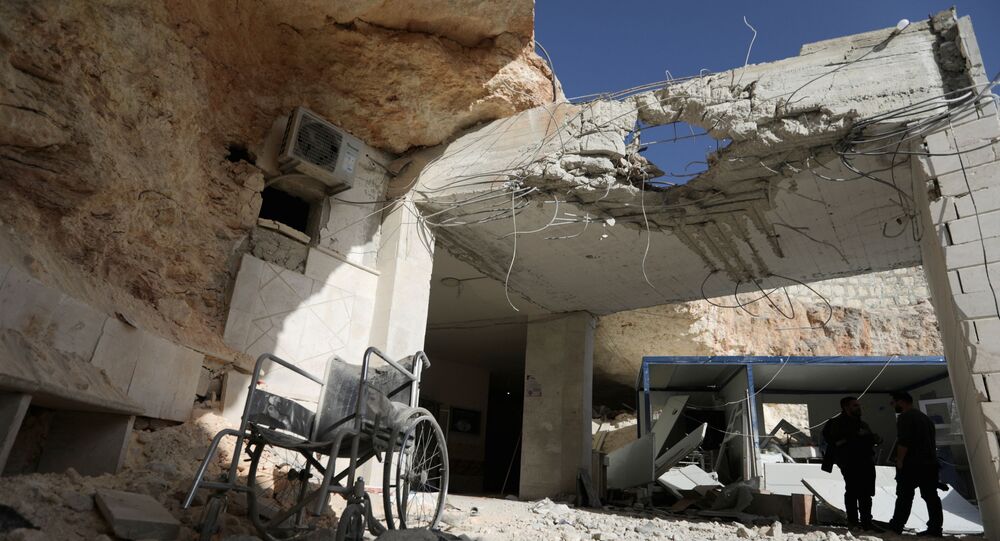 MOSCOW (Sputnik) - Two humanitarian corridors in Syria have been blocked after militant groups shelled the routes for the safe crossing of civilians, the Syrian state-run news agency, SANA, reported on Tuesday.

According to the media outlet, militants attacked humanitarian corridors in the Saraqib region of Idlib province and Al-Bab city in northeastern Aleppo.

The Syrian government has regained control over most of the territories that were seized by terrorists in late 2017, however, anti-terror operations still continue in a number of areas. Idlib, in particular, is the last stronghold of militants in the country, as parts of the province are controlled by Tahrir al-Sham, formerly known as the Nusra Front terrorist organization*.

The Jabhat al-Nusra shelled Syria's Idlib de-escalation zone 41 times over the past 24 hours, Rear Adm. Alexander Karpov, deputy head of the Russian Defense Ministry's Center for Reconciliation of Opposing Sides in Syria, said at a briefing.

"Forty-one shelling attacks from the positions of the Jabhat al-Nusra terrorist group were registered in the Idlib de-escalation zone... in the provinces of Idlib (21 attacks), Latakia (12), Aleppo (4) and Hama (4)," Rear Adm. Karpov said.

He said the number of attacks according to the Syrian side's data totaled 34.