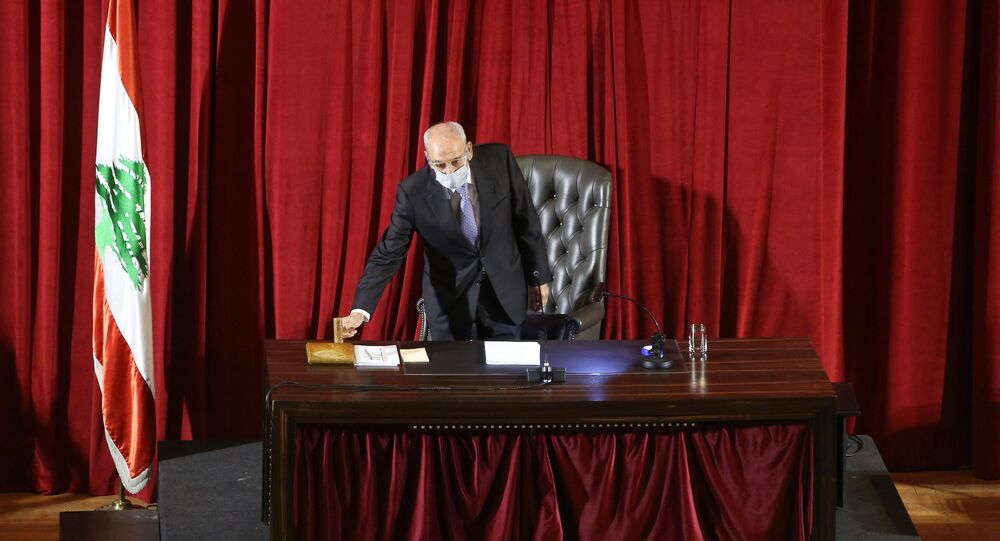 Lebanon Could Share Same Destiny as Titanic if It Fails to Form a Government, Speaker Says

President Michel Aoun and Prime Minister-designate Saad al-Hariri have been at odds for months over the composition of a new cabinet to implement changes and unlock international aid. Meanwhile, Lebanon remains mired in an economic crisis involving currency deflation, widespread poverty, and rising prices for basic necessities.

Speaker of the Lebanese parliament Nabih Berri said that if the country fails to form a government, it will sink like the Titanic, Reuters reported on Monday.

The remark came as he opened a session to approve emergency funds to keep the lights in the nation on for another two months.

After the country's energy ministry warned that cash would run out for power plants by the end of the month, Parliament approved a $200 million loan to pay for fuel to produce electricity.

"This should be enough for electricity for around two months or two-and-a-half," Cesar Abi Khalil, a member of parliament and former energy minister is quoted in the report as saying.

According to the report, the Lebanese parliament also passed a bill that supporters argue would make it easier to recover stolen public funds, but some lawmakers openly doubt it would yield anything.

"Effectively, all these texts cannot be implemented," Lebanese lawmaker Jamil al-Sayyed reportedly said in televised comments. “What’s happening is a charade ... We’re lying to you.”

The country has been without a functioning government since August of last year, when the cabinet of caretaker Prime Minister Hassan Diab resigned in the aftermath of the Beirut port explosion, which destroyed a large part of the capital.

Due to the political impasse with Aoun, Hariri, who was nominated in October, has been unable to shape a new cabinet.

The financial crisis in Lebanon, which began in 2019, has pushed nearly half of the country's six million people into poverty, destroyed employment and savings, and reduced consumer buying power. It is the country's worst financial crisis since the 1975-1990 civil war, with decades of corruption and crippling debt.

Due to a shortage of fuel, the Zahrani power plant, one of Lebanon's four major electricity producers, was reportedly shut down earlier.

© REUTERS / AZIZ TAHER
Could Lebanon Protests Lead to a 'Coup' & How Might NATO Capitalise on the Political Crisis?
Lebanon’s power sector has long been facing a crisis, particularly in the area of electricity supplies. Before the civil war, eleven major power plants supplied most of the country’s electricity, as they were connected in a common distribution network. During the war, the energy sector was seriously damaged.

To date, the electricity generation capacity in Lebanon still does not meet the demand, with power blackouts being common across the country, coupled with high tariffs. The population is being provided with electricity only for several hours a day. The rest of the time people are forced to buy electricity from owners of private power generators at higher prices.

No End in Sight: As COVID-19 Keeps Spreading in Lebanon, Authorities Struggle to Offer Solutions