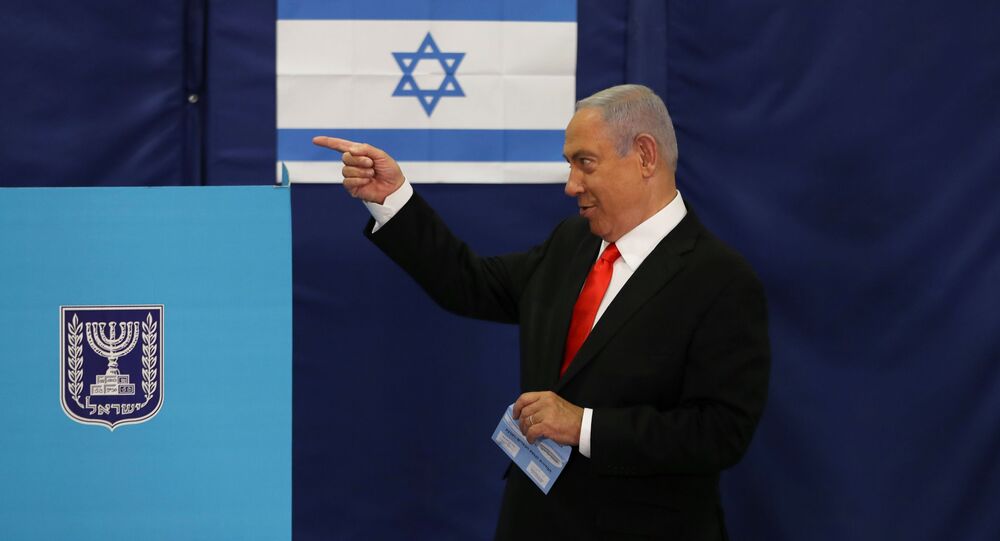 The 23 March Knesset election is the fourth legislative vote held in Israel in two years. The election was automatically set for late March when the Knesset dissolved in December 2020, after failing to approve the national budget.

Israeli PM Benjamin Netanyahu late on Tuesday tweeted claims of a "huge victory" for his Likud party in the Knesset election and thanked Israelis for voting.

"Citizens of Israel, thank you! You gave a huge victory for the right and the Likud under my leadership", Netanyahu tweeted. "It is clear that a clear majority of Israeli citizens are right-wing and they want a strong and stable right-wing government that will preserve Israel's economy, Israel's security and the Land of Israel."

His celebration came despite multiple reports that the elections are still too close to call and no official results yet announced.

​According to Kan exit polls, Likud has secured the needed 31 or 32 seats in the 120-member Knesset, while the Yesh Atid party, led by Yair Lapid, received 18 seats.

Tuesday's Knesset election, the fourth legislative vote in Israel in just two years, was automatically scheduled for 23 March after the Israeli parliament in December failed to agree on the 2020 state budget.

Kan reported that the turnout was 67.2% at the moment the polling stations closed on Tuesday.

Israeli Defense Forces (IDF) tweeted that the turnout in army was "the highest in the last twenty years", claiming that "about 77% of IDF servicemen" voted in the election. In previous years, according to IDF, the turnout "was about 70%".