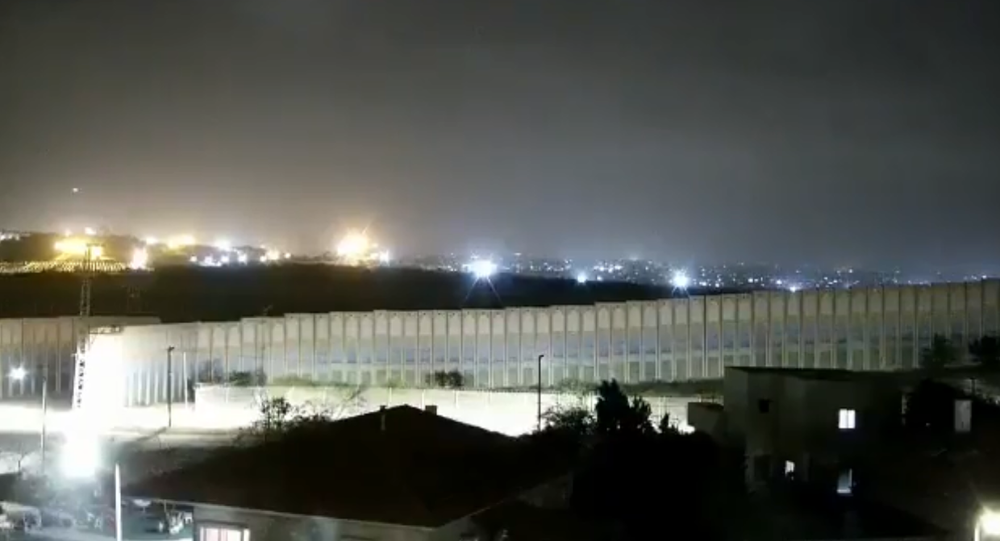 A rocket launch towards Israel's southern territory occurred amid the fourth Knesset (Israeli parliament) election in just two years, following the self-dissolution of the governing body in December 2020.

A rocket was fired toward Israel from the Gaza Strip, triggering an activation of an alert in "open areas", IDF said on Tuesday.

"A rocket was just fired from Gaza into Israel", the IDF tweeted. "An alert was activated in open areas."

Israeli state-run media reported that the rocket landed in the vicinity of the southern city of Beersheba, where Prime Minister Benjamin Netanyahu happened to be at the time.

There was no immediate information on any damage or casualties. Netanyahu has not officially commented on the situation.

#BREAKING: Rocket launched from Gaza towards the city of Beer Sheva, while PM Netanyahu visited the city pic.twitter.com/jLAGAeDotj

​The videos shared by netizens allegedly show a large group of security officers escorting the Prime Minister from a city restaurant after the rocket launch. According to Channel 13, however, Netanyahu was in the restaurant, but had left before the rocket was launched.

NEW - Prime Minister Netanyahu is escorted out of a restaurant after a rocket was fired at Israel.pic.twitter.com/Iqkxjftbab

​The rocket incident occurred amid a Knesset election in full swing in the country, marking the fourth legislative vote in Israel in two years.