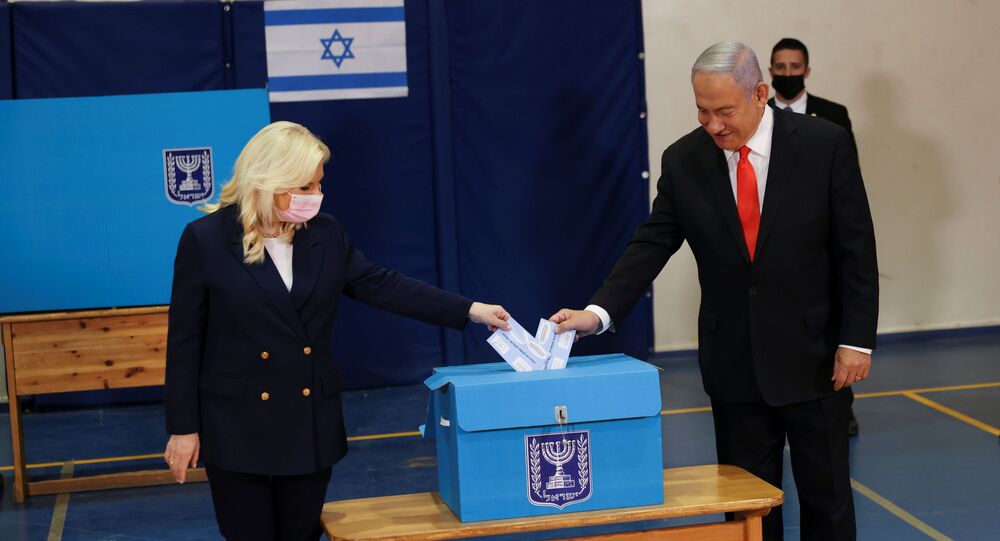 Israelis are heading to polling stations around the nation to cast their vote in a Knesset election, the fourth over the past two years, after the coalition government collapsed and the parliament was dissolved in late December.

Israeli Prime Minister Benjamin Netanyahu has raised hope that Tuesday's Knesset election will put an end to the ongoing political uncertainty in the country.

"I hope this is the last election", Netanyahu said as he cast his ballot in Jerusalem, as reported by AFP.

The parliamentary election comes amid a long-standing political crisis that saw Israel hold four polls in the span of two years.

Israelis voted in a parliamentary election in April 2019, but the winning parties failed to form a majority coalition which prompted a second vote in September 2019, that similarly ended in a deadlock.

In March 2020, the nation voted once more and, following several weeks of negotiations, Prime Minister Benjamin Netanyahu and his rival from the Blue and White bloc, Benny Gantz, agreed to form a national unity government. Under the deal, Gantz was supposed to replace Netanyahu as the prime minister in November 2021.

However, in December the Knesset dissolved itself, setting up the fourth vote, which allows the winning party to form a new coalition based on a 61-seat parliamentary majority in the 120-seat Knesset. According to polls, Netanyahu, in power since 2009, is poised to secure 32 seats which gives him a chance of forming a new government. Other surveys suggest that a stable coalition appears unlikely.