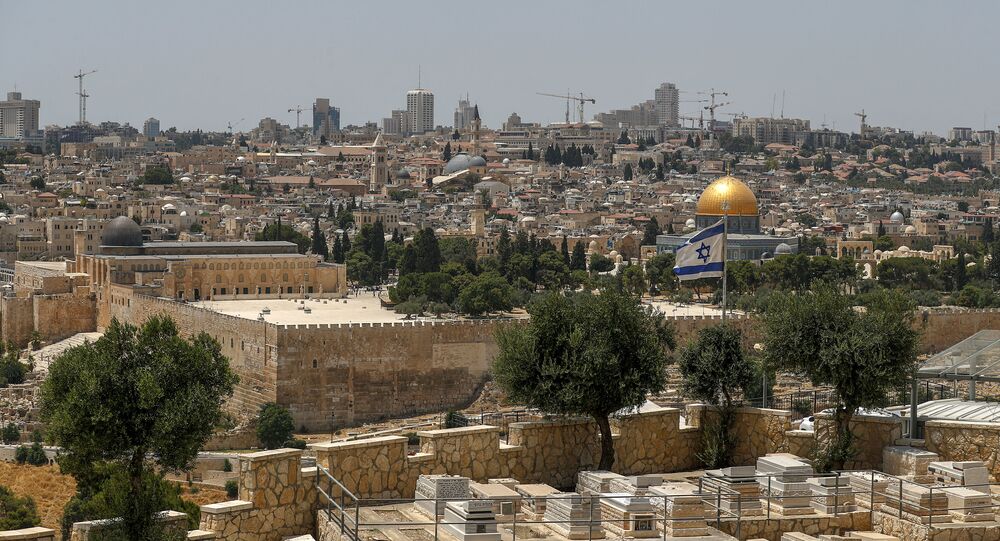 The final results are expected to be announced on 31 March and then President Rivlin will start a series of consultations aimed at determining an MP he can entrust with forming a government. That candidate will have 28 days to forge a coalition, but that won't be an easy task.

Israel is voting again. Starting at 7 a.m. local time more than six million eligible voters will be able to cast their ballots at 13,000 polling stations around the nation. Around 800 of them are regarded as special units for coronavirus patients or those in quarantine.

Polling stations in Israel will close at 10 p.m. local time and this is also when the first exit polls will be released. Results are expected to start pouring in on Wednesday, but the final outcome of the parliamentary race is set to be announced on 31 March, when the number of seats for each party is submitted to Israeli President Reuven Rivlin.

Once the results are submitted, the president will then start his traditional series of meetings with the parties' chiefs to collect their recommendations on the person they would like to see as Israel's prime minister.

By 7 April, Rivlin is supposed to decide who that person will be and once his decision is made that candidate will have 28 days to form a government. In the event of failure, the president can either decide to extend the term of the first candidate by 14 more days or to give another parliamentarian a chance and they too will have 28 days to attempt to forge a coalition.

In the event of none of the candidates being able to form a government and the mandate going back to the president, the Knesset will need to dissolve itself and Israel will head to the polls once again, three months after the said dissolution.

Israeli politicians have already vowed not to let Netanyahu remain PM, but it's far from certain they will be able to keep their promises.

The way it stands now, Prime Minister Benjamin Netanyahu has a good chance of forming a government. The last media poll released on Friday projected he would get 32 out of 120 seats in the Israeli parliament, requiring him to garner 29 more seats to retain his office.

Whether he manages to do so will depend on a number of religious parties that together make up some 18 seats and on Naftali Bennett, Israel's former minister of defence, whose party Yamina is expected to get ten spots in the chamber.

And even that won't be enough. To establish a government in Israel, one needs to collect 61 seats, not the 60 that Netanyahu is expected to get, and that means the PM will either need to look for defectors or obtain external support from a party that would not join the coalition but that would give its consent for Bibi to be prime minister.

Both of these scenarios are far from certain. Bennett might decide he wants to square accounts with Netanyahu for earlier attacks against him and his family and for leaving him out from his previous coalition, opting for the chief of the Blue and White party Benny Gantz instead.

© REUTERS / CORINNA KERN
An Israeli soldier sorts ballot papers at a mobile voting booth set-up for soldiers to cast their early vote in the March 23 general election, amid the coronavirus disease (COVID-19) crisis, at a military base, near Kibbutz Regavim, Israel March 17, 2021.

External backing is also uncertain. Israeli analysts say Netanyahu might be counting on an Arab party called Raam that showed signs of support for Netanyahu in exchange for generous cash injections into Arab communities. But Bibi might find it hard to forge such an alliance given that his bloc includes a number of hardliners who would not want to lean on Islamic parties.

If Netanyahu fails, Rivlin will need to decide who should receive the mandate. Here the picture is also complex.

The largest opposition party is Yair Lapid's Yesh Atid. Together with his bloc, he stands at 56 seats, 5 seats short of the 61 needed to form a government. But even if he does manage to find enough signatures, it is still unclear how such a coalition would function because it is extremely fragmented.

Some of it is liberal, fighting for equality for Palestinians and a two-state solution. Another part of it is hawkish, who in the past suggested executing Arab parliamentarians, and yet another portion is stuck somewhere in the middle, trying to balance between the two extremes.

None of these parties has enough seats to be able to claim the PM's seat. Yesh Atid stands at 18, Gideon Saar's New Hope at 9, the Joint Arab List at 8, Yisrael Beitenu at 7, Labour with 6, Meretz and the Blue and White party with 4.

Yet, many of them have the ego and desire to lead the country. The only question is whether ordinary Israelis will entrust them with the job. A recent poll suggests they won't. According to that survey, Lapid is the second most suitable person to serve as Israel's PM, getting 23 percent of votes (as compared to Netanyahu, who received nearly 40 percent).

Next in line is the hawkish Gideon Saar with 12 percent. Gantz and the chief of Yisrael Beitenu Avigdor Lieberman didn't even make it on the list.

That, however, will not prevent them from trying and Israel will soon learn who its next prime minister is going to be.