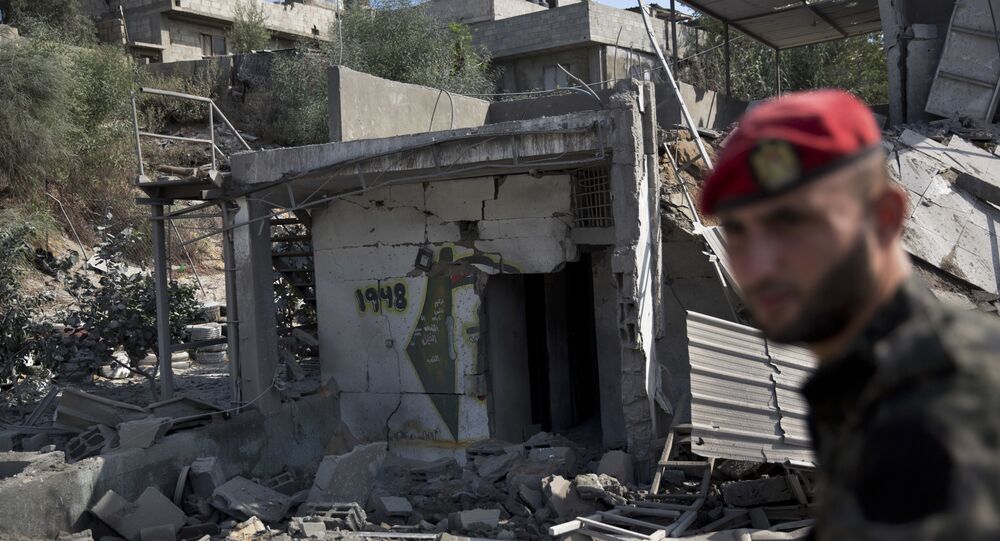 History in The Making: Hamas Elects First Woman to Its Politburo, But Will She Even Have a Say?

Last week, the movement, which has seen no female representation for decades, for the first time appointed a woman to serve as a delegate in its political bureau, the highest decision-making body of the organisation. Some speculate that this signifies an overhaul in Hamas, an Islamic movement that has been controlling the Gaza Strip since 2007.

Jamila Al-Shanti, who has previously served as a minister and a member of the Palestinian Legislative Council, is not expected to be handed any of the major positions in the leadership, including oversight of the military or economy, but there are chances that she will be in charge of the promotion of women in Palestinian society.

In an interview to Sputnik, Jamila Al-Shanti said she was "happy" with the appointment, and that it proves that the movement is adopting a more liberal orientation.

"[This move shows that] Hamas has taken a new direction. It showed that it believes in women’s rights and in their ability to fulfil themselves even inside such sensitive places like the leadership of the organisation."

In a way, it is accurate. Palestinians are set to head to the polling stations three times this year. On 22 May, they will hold legislative elections. On 31 July, they will be electing a president and a month later representatives will be picked for the Palestinian National Council. This means that in the pre-election frenzy, factions will be spreading promises and trying to show that they are working on improving the lives of the ordinary people.

Al-Shanti's appointment might also be tactical, geared at showing that Hamas is adopting more liberal ideas. But in Israel, which monitors the developments in the Islamic movement closely, doubts run high as to whether a woman in the group's political bureau is a sign of changing tendencies.

Hamas is still aimed at establishing an independent Palestinian state on the entire territory of Israel, without any negotiations.

It still calls for the use of jihad, a holy war, to achieve that goal, and  believes that the armed struggle should persist until the total disappearance of Israel.

Al-Shanti looks at the situation differently, but nevertheless agrees with the movement she represents in believing an armed struggle is is a natural response to Israel's conduct.

The Palestinian people, be it Hamas, Fatah, the Islamic Jihad, or any other faction, support a liberal approach and embrace the desire to live in peace. But, just as the rest of the Palestinians, I support an armed struggle because our enemy violates our rights and wages a war against us."

No Change on the Horizon?

While Al-Shanti's views coincide with Hamas' ideology, she is not expected to be in charge of any sensitive positions, including the Strip's military activity or economy, spheres that are traditionally reserved for men.

Nor is she expected to play a role in any major decisions, including the fight against Israel, and according to talks with Gaza-based experts, it is likely that Al-Shanti will be given a relatively low-scale role, like the promotion of women in Palestinian society.

No matter what that role might be, Al-Shanti says she is up for the challenge. "I will bear the responsibility for any positions that I will be tasked with," she promises.

"The Islamic movement that was established some three decades ago has gone a long way. It gained a great experience in politics, economy and military and it is now only natural for it to add a social aspect to it and include women, who have been standing by men during times of war and peace."